Yes! And how hotly anticipated his return is at My Fashion Life HQ, we can’t even begin to tell you. We love a little stir in the fashion cauldron every now and then, and a stir follows wherever controversial hip hop mogul West goes. After a questionable debut last season in Paris, Kanye West is set to shut critics’ mouths by showcasing a second round of his sartorial ‘skills’ on Tuesday. Let’s hope this time the collection is editorial-worthy and doesn’t end up being ‘rap with a capital C.’ Ouch.

Her voice mesmerises us, but her dress sense is cringes-worthy. It is intolerable. After seeing a picture of Lana arriving at Hollywood’s Chateau Marmont sporting her namesake Mulberry bag and wearing a white ruffled dress teamed with unflattering Adidas trainers, we needed a moment to contemplate this style monstrosity. Why Lana?! The Video Games singer clearly needs a lesson in how to channel this season’s athletic trend the right way.

Kate Moss’s rocker husband squirms in his seat when on the FROW watching what are the best moments in fashion unfold before his eyes. Sat next to his wife – who happens to be the world’s most recognised face – Jamie isn’t too fond of this liberty. We just think your being ungrateful, Mr. Hince. After all, the runway is where your wife made her millions, and quite frankly, we’d give an arm, leg and organ to rub shoulders front row with fashion royalty. There, we said it.

Oh how we can’t wait! Having taken us on an underwater odyssey for spring/summer 2012, will Kaiser Karl Lagerfeld shoot upwards in the opposite direction, and take us on an outer-space voyage for the new season? Bring on Tuesday.

Props on stage and a cardigan-legging hybrid.

We expect nothing less than a jamboree of unexpected, in-yer-face fashion wares from the flame-haired Dame. That’s why, our Saturday was filled with excitement, as Dame Vivienne decided to send a model down the runway on a bike – albeit in super chunky heels; focused laser beams from every which was onto the catwalk and then sent out an otherwise questionable ‘cardi-leg’ combo – on the whole a cardigan but with eerily attached legs so as to expose the mid-section of the body. This was only acceptable because it had Vivienne Westwood written all over it. We’d love to see more props on stage – how about a blow-up doll of Karl Lagerfeld drinking ‘real’ Coke, not the Diet version? 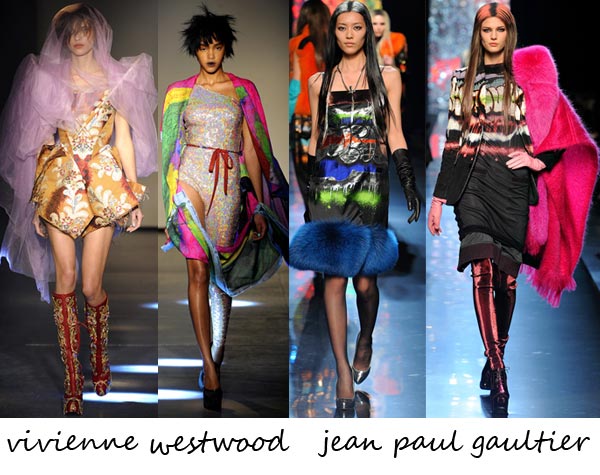 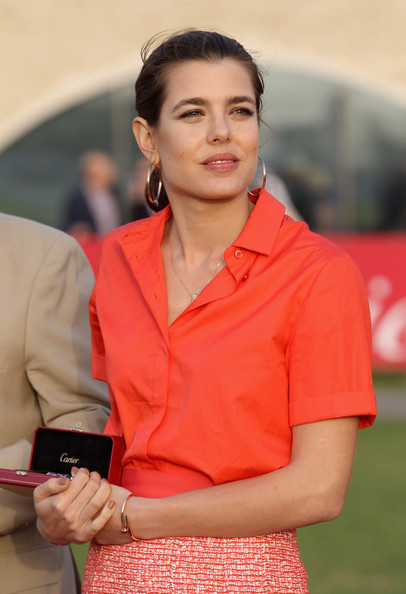