Don’t be confused, fashionistas. We know just last Friday we showed you the Elle US April cover which featured a very pregnant Jessica Simpson on it, but there are in fact two cover stars for the American magazine this month – Heidi Klum being the other!

Black and white the cover may be, but boring it definitely is not! Heidi is modelling a stunning black dress from the Calvin Klein Collection, and we are having serious body/hair/wardrobe envy!

As her first post-split magazine cover was in fact pre-split, this is one of the first interviews the supermodel will have given since she and husband Seal announced their divorce. However, don’t expect a full-on account of what went on, as Heidi is more or less keeping schtum.

“I don’t want to talk positively or negatively about the ups and downs that we had,” she said. “Every couple goes through things. Unfortunately, we’re in the public, so the highs are out there. But I don’t think it’s necessary — especially for our children — to have the lows being printed in magazines and talked about.”

Although we secretly want to know all the juicy details, we’re proud of Heidi for not selling her story, as she always has been a firm believer in maintaining some level of privacy in her life.

The April issue of Elle US is on newsstands from March 20th. 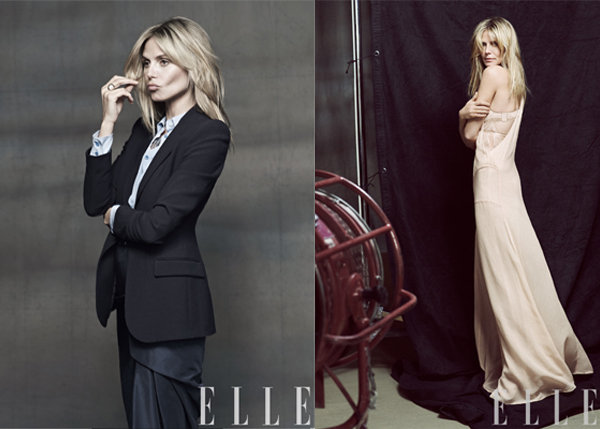 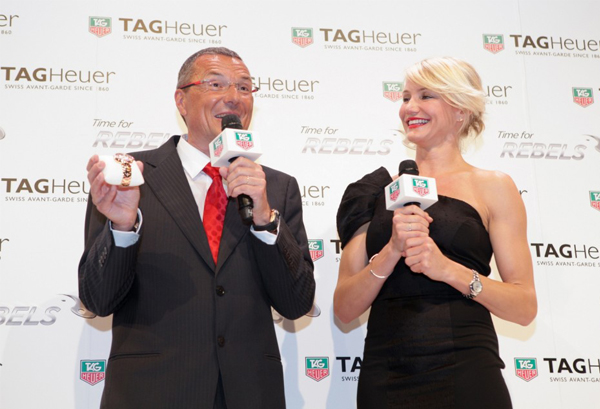