TV presenter Alexa Chung, who is always fashion-forward and on top of all the latest trends, could have actually had a very different fate! Apparently, Alexa applied for Central Saint Martins back when she was a teenager as she wanted to pursue a career in designing like some other members of her family…

“But I didn’t get in,” she said. “So I feel a bit jealous of design students, like I want to join in. I should’ve done this. I’m from a family of designers, so this feels very natural to me. And I veered into TV, but always end up in fashion one way or another. I suppose, even though I didn’t get in to Saint Martins, I managed to leapfrog the process.”

Despite not getting in to the design school, it’s safe to say that Alexa has done pretty well for herself not just in general, but in the fashion world in particular.

She has a Mulberry bag named after her (one of the greatest honours, in our opinion) is a British Fashion Council young ambassador and a spokesperson for the British Designers Collective, is currently presenting her very own fashion show, has designed and modelled her own Madewell collection and so much more. 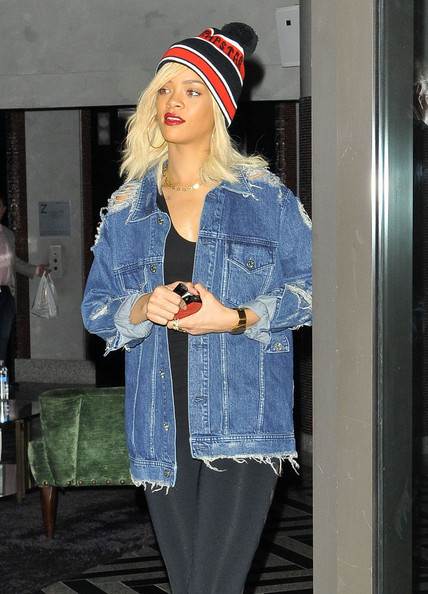 It’s official: Rihanna IS designing her own fashion line!