This is not a post to knock down, smash to smithereens, and then build back up a singer, who by many, is held in high regard, but a complimentary offering to subtly convince them to sort our their damned wardrobe.

Considering she’s relatively new talent, Lana Del Rey can definitely claim her stake of fame, after a revamped introduction into the music industry with debut track Video Games, followed up by the massive hit Born to Die; being snapped up by NEXT Model Management Agency and even having a Mulberry bag named in her honour.

The voluptuous-lipped beauty is definitely a mesmerising singer and influencer, but quite the miserable dresser we hoped she wouldn’t be. That moment of fury, sudden disgust and initial shock-reaction gasp we’ve all endured at some point in our lives came for me the other day, when trawling through various fashion sites I landed on an image of Lana at the Evening of Environmental Excellence, in Los Angeles. Her attire raised many questions at once, which couldn’t all be processed into rational answers at the time, because, frankly, Lana’s style doesn’t fall into ‘rational’, either.

See, Lana may have a hidden stylish streak, as awe-inspiring as her hypnotic vocals, but we only get to hear the latter and never see the former. Modern-era music artists have really taken to expressing their on-stage credentials through their choice of clothing and, no one has done this better than the eccentric, ‘Black Barbie’ embracing Nicki Minaj. With her bubblegum pink hair, copious amounts of bust-flashing, a conversation starting derriere and food-inspired outfits to boot, we know what her ‘specialism’ is.

And without sounding like I am desperately trying too hard to stylistically categorise music artists (something they pretty much do by themselves), Lana has acquired a label of her own, by being dubbed a ‘self-styled gangsta Nancy Sinatra’. She said in an interview with Vogue: “I wanted a name I could shape the music towards […] I was going to Miami quite a lot at the time, speaking a lot of Spanish with my friends from Cuba – Lana Del Rey reminded us of the glamour of the seaside.” The term ‘self styled’ may need a little work, and I am not sure the above mentioned outfit would be considered South Beach-appropriate style.

But the faux fur coat faux pas isn’t the only time Lana’s (lacking) sense of style direction has struck me. Donning an oversized race car driver jacket, flat pumps, jeans and her namesake Mulberry hand bag outside the Château Marmont in Hollywood, and, wearing a white, buttoned up school shirt, bland varsity jacket, pale yellow flats and said handbag front row (!) at the Mulberry Fall 2012 show, are only two instances of Lana’s style fail, and, absurdly sound like a uniform approach to odd dressing.

Let us not forget there have been times where Lana’s style has been evidently flawless: she sported a striking red Vivienne Westwood gown to the BRIT Awards last month, and, more recently at the 2012 Echo Awards in Germany, she wore a Giorgio Armani Spring 2012 strapless, ice blue gown. But given the red carpet nature of these events, you’d expect such efforts. It’s in Lana’s constant stream of pap pictures that I really want to see the bad girl Sinatra shine through.

If the real Nancy Sinatra paired short dresses and calf length boots with glossy, sexily volumised hair, then the glamorous gangster Sinatra needs to do just the same, – she has the glossy locks down to a T – and ditch the unsightly flats, boring denim and questionable outerwear, instead accessorising with snakeskin snapbacks and Giuseppe Zanotti hi tops. Only then will her style truly become more Del Rey (eccentric and experimental) and less Del Boy (explain, please?).

What do you make of Lana Del Rey’s mishmash approach to fashion? 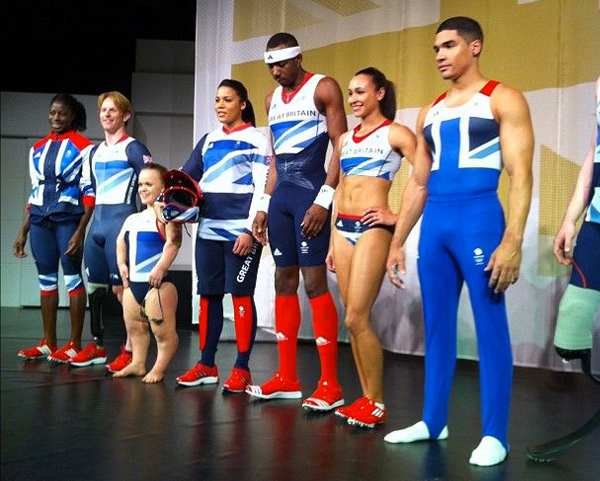 Best Dressed of the Week: Jaime King at The Saint Vintage Love Tour benefiting Stand Up to Cancer