This week’s Rate or Slate contestants all have one thing in common: they seem to have parted ways with the unfailingly feminine skirt and dress in favour of a more unconventional take on dressing for a glam event.

First up is Dree Hemingway at the New York premiere for The Campaign. Opting to stand out by turning up in simple staples is the key to getting the fash critics gossiping, and Dree’s done a fair job with a slightly-tucked-in tee, perfect floor-skimming jeans and a notable tote.

Masculine-silhouette championing Kristen Stewart has her finger firmly on the fashion pulse when it comes to translating high-end looks on the red carpet. Not one to shy away from a laissez-faire approach to red carpet dressing, Kristen turned up to the Teen Choice Awards in a Roberto Cavalli Resort 2013 printed blazer, leather pants, slouchy t-shirt and Louboutin ‘Pigalle’ heels.

Completing the round up of skirt/dress evading starlets is the stunning French actress and singer (and Mark Ronson’s missus. Phew!) Josephine de la Baume. Josephine attended the launch of Karl Lagerfeld Collection at Selfridges in a monochrome KARL blazer, ripped jeans and a killer pout to boot.

It’s over to our discerning Style Jury…

Dree Hemingway: ‘I’m liking the new t-shirt tucking method, and it’s generally a good look but it needed just a tiny pop of a brighter colour to bring it to life.’

Kristen Stewart: ‘I really liked Kristen’s outfit at the Teen Choice Awards – as one of the only girls to not wear a short dress, I really championed her sartorial risk as I definitely think it paid off. Especially since we all know how much she likes a good mini skirt. Without a doubt my favourite, and nice touch on the hair braid too!’

‘Kristen nailed it for me.’ – Becky Efere via Facebook

Verdict: RATE to the power of two.

Looks like the risk takers have done it again this time, and the three ladies sans dress and skirt have bowled over you fashionable lot! Although Kristen’s highly androgynous-meets-sexy look is this week’s definite winner, Josephine’s popping pout and edgy aesthetic also calls for dumping the dress for your fave denim! Dree’s floor-skimming effort didn’t fail to impress, a little colour, as our Fashion News Ed rightly said, is missing.

Here’s to hoping we see a lot more trouser/jean clad beauties on the red carpet! 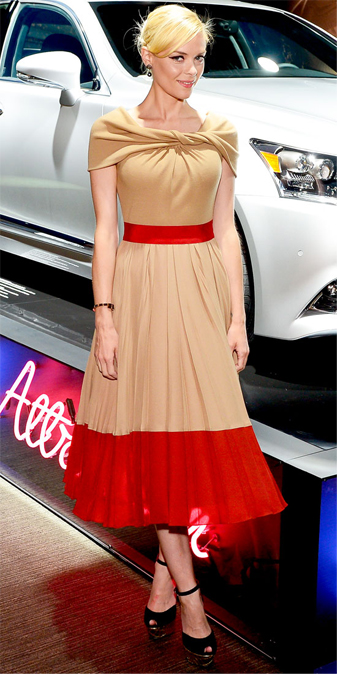 Is Jaime King too young for this Giambattista Valli dress? 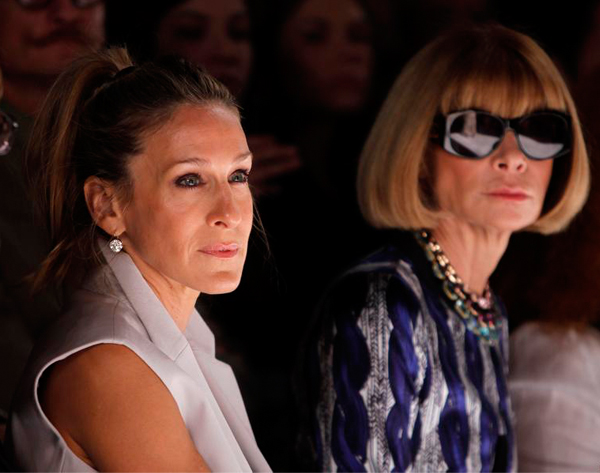