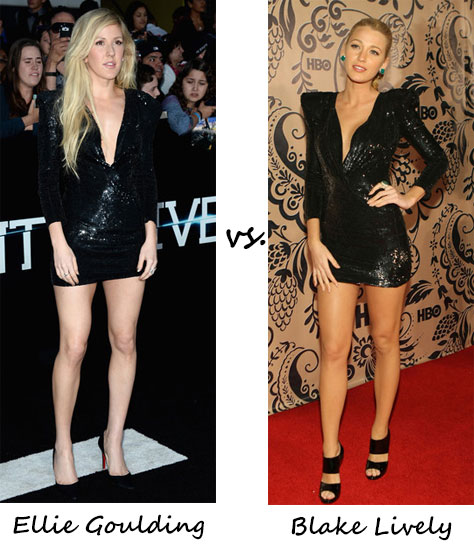 The nifty LBD never fails to impress with its versatile ways:  elevating a simple look to award-worthy heights, and being one of the easiest wardrobe staples to take from day to night; you won’t be stuck for options.  And, impressing the hell out of us this week in their respective LBDs are Ellie Goulding and Blake Lively, who both wore the same Balmain number nearly five years apart!

Cast your mind back to September 2009, when Blake Lively gave this sequined number its first outing at the HBO post-Emmy Awards party. Playing up its glistening embellishment and exaggerated shoulders to full effect, Blake paired the dress with Jimmy Choo sandals and emerald hued earrings. Slicked back hair, neutral make-up and a healthy glow topped off her look with perfection.

Giving the dress its second outing was Ellie Goulding, who struck a red carpet pose at the L.A. premiere of Divergent, back in March. Opting for open hair and natural make-up, the singer showed off the dress’s plunging neckline with aplomb. Matching Christian Louboutin pumps completed Ellie’s relaxed-glam look.

So, who scores the hottest LBD wearer award? Both ladies brought their A-game and looked super-hot in their respective looks, but Blake steals the show for us. The dress’s strong silhouette demands a fuss-free approach to styling and Ellie’s long locks unnecessarily conceal the statement shoulder detail. We’re Team Slicked Back, all the way! 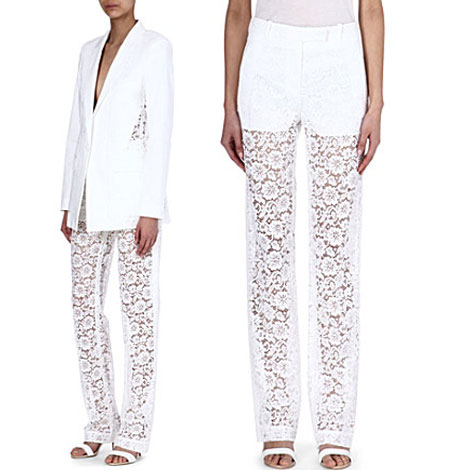 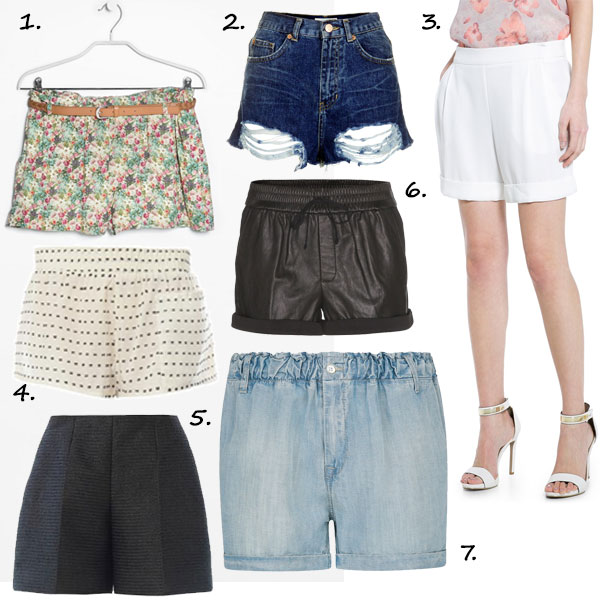