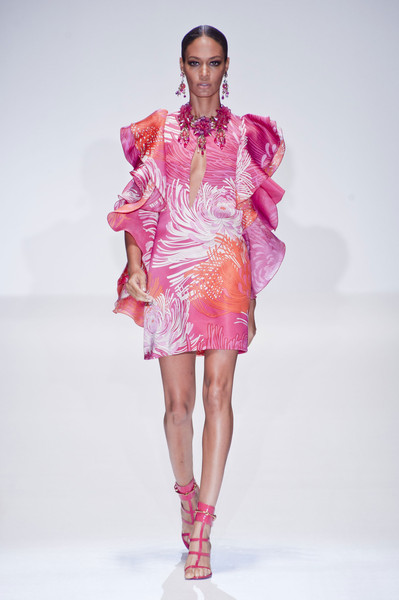 The fashion House will create a garden for the first time, based on its iconic flora design…

“Flora was the very first iconic design motif from Gucci’s storied past that I decided to revive and reinterpret,” creative director Frida Giannini said about the fashion House’s love of the flora print. “Since then I have used it on bags, dresses, scarves and as the inspiration for a series of fragrances.

“Today, Flora has become a symbol of the Gucci woman’s effortless fusion of tradition and contemporary poise. The print holds special meaning to me.”

If you’re more into your fashion than your flowers and your handbags rather than your horticulture then we have some excellent news for you. The brand will also be releasing a limited-edition Lady Lock handbag range that will feature the traditional flora print, sold exclusively at Gucci’s Sloane Street store from May. Plus you can also attend artisan workshops at the Gucci Sloane Street store from May 20th to 24th too.

See – everyone can get involved!

READ:   Arizona Muse stars in Louis Vuitton’s first ever TV commercial
This page may contain affiliate links. We may receive a small commission when you click an affiliate link and make a purchase. This helps keep My Fashion Life running so we can provide you with high-quality content regularly. Thank you for your support!