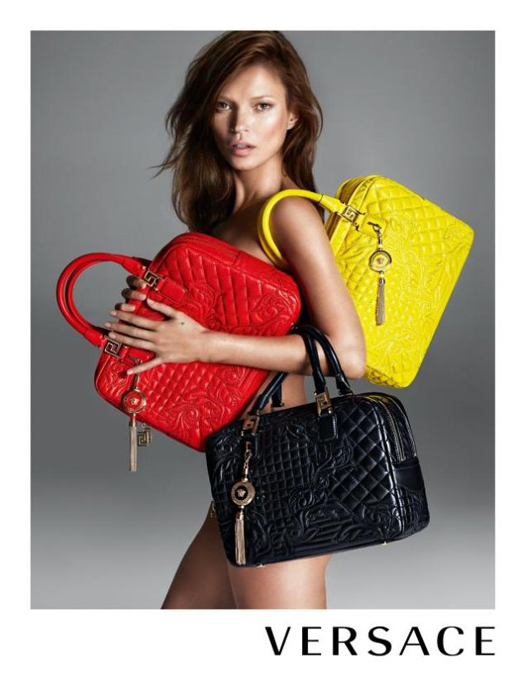 Kate Moss has once again been recruited for a Versace ad campaign, this time posing nude for the Italian fashion House’s autumn/winter 2013 ad.

We’re not that surprised to find Mossy posing with her kit off (and it gives us a nice preview of what we can expect from her upcoming Playboy cover which is reportedly in the works) but we were taken aback by the brunette locks. It’s different – but we think she is rocking it. What say you?

Brunette Kate was shot in London by Mert Alas and Marcus Piggott, and styled minimally by Melanie Ward – something Donatella Versace was very keen on achieving, apparently.

“There’s no set, no distraction, just the provocation, glamour and attitude of our fashion,” Donatella said.

Provocative glamour definitely shines through in the picture above! Saskia de Brauw also stars in the womenswear campaign, while Travis Smith, Dominik Bauer and Matt Trethe were shot for the menswear ad campaign.

What do you think of brunette Kate Moss and the strategically placed handbags?