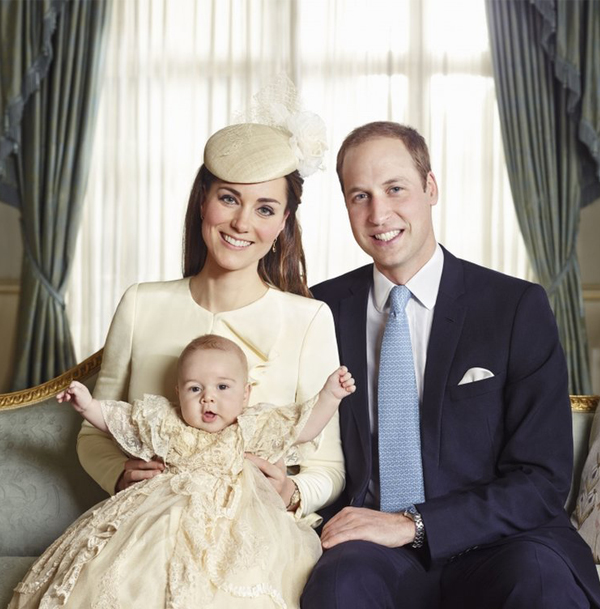 They might be a darn sight more formal than any of our family pictures, but as far as Royal Family portraits go, Prince George’s officially Christening pictures are definitely on the informal side of the spectrum.

The pictures were taken by photographer Jason Bell in the Morning Room of Clarence House.

Prince George is being held by his stunning yummy mummy Kate Middleton, and is joined in the picture below by his proud dad Prince William, as well as The Queen, Prince Philip, Prince Charles, Camila Duchess of Cornwall, Prince Harry, and the Middleton clan – Michael and Carole, Pippa and James. And James’s beard, which we feel should get its own mention.

As we mentioned on Wednesday, Kate Middleton wore a cream Alexander McQueen outfit that was made for her by Sarah Burton – the brains behind her wedding dress – and accessorised with a Jane Taylor hat. Her sister Pippa Middleton complemented her outfit perfectly, wearing a Suzannah ensemble in a similar shade.

What do you think of the modern Royal Family portraits?