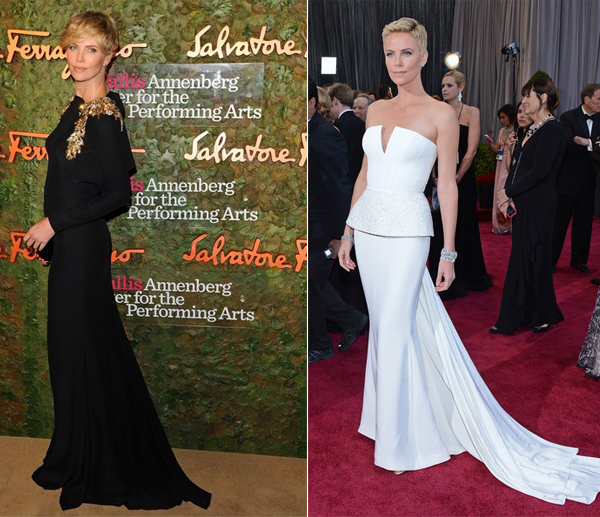 Charlize Theron’s red carpet appearances have been slightly limited this year – compared to the last few years at least – but that doesn’t mean she hasn’t left a lasting impression.

Au contraire, we know we’re going to get nothing short of perfection when she steps out onto a red carpet… the proof is in our five favourite Charlize Theron looks of the year below.

1. It was her appearance on the Wallis Annenberg Center for the Performing Arts Inaugural Gala red carpet which prompted us to reminisce about Charlize Theron’s unrivalled red carpet style; she looked like a true Hollywood goddess in a black and gold Alexander McQueen dress. The attention to detail of the dress was breathtaking, and Charlize made it come to life even more!

2. All eyes were on Charlize Theron at this year’s 2013 Academy Awards, which was a pretty impressive feat considering the red carpet also featuring stand-out appearances from Oscar-winners Jennifer Lawrence and Anne Hathaway, among others. Her pure-white Dior dress was purely magical, and her hair, make-up and accessories were also flawless too. 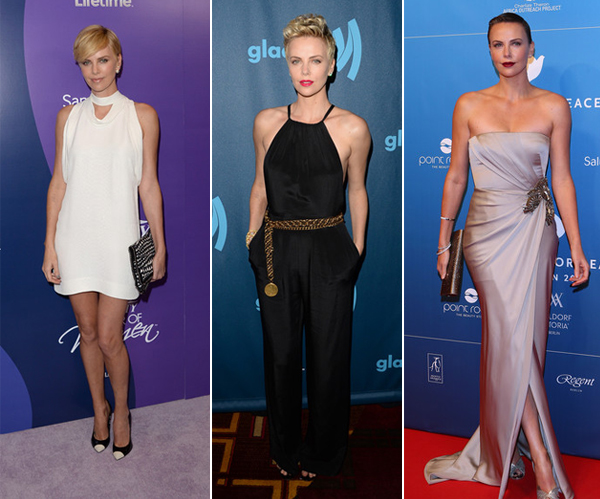 3. If anyone can work a pixie crop like a true pro, it’s Charlize Theron. She’s championing one of our fave British designers Stella McCartney on this occasion, and as well as showcasing Stella’s fine work, is showcasing her own perfectly bronzed and toned pins at the same time too. Talk about a head-turning appearance!

4. We’re noticing a bit of a theme here, as Charlize has blown us away in yet another monochrome dress. What her outfits lack in colour they certainly make up for in terms of wow factor. This belted Jason Wu jumpsuit is no exception.

5. Looking like a statuesque work of art, Charlize Theron looked phenomenal in a strapless floor-length Gucci dress at the Cinema for Peace Gala earlier this year.