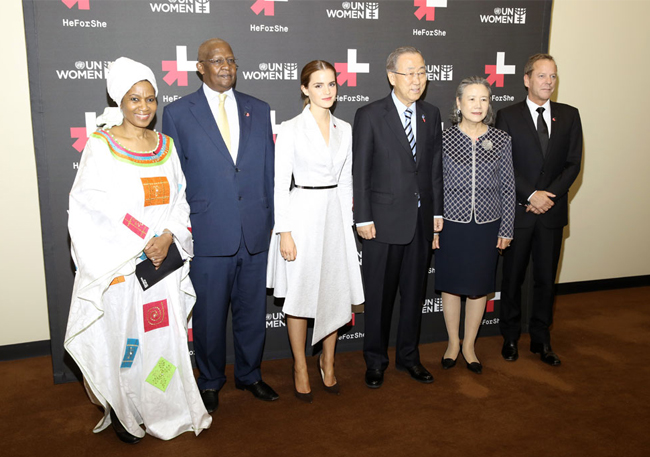 The 24-year-old actress gave an incredibly strong and moving speech as part of her duties as UN Women Goodwill Ambassador at the weekend, which she received a very well-deserved standing ovation for.

She spoke of ‘HeForShe’, a brand new initiative launched by the organisation for gender equality. She commanded the room and held everyone’s attention throughout her 11 minute speech – so much so that you could have heard a pin drop!

“I have realised that fighting for women’s rights has too often become synonymous with man-hating,” she said. “If there is one thing I know for certain, is that this has to stop.

“My recent research has shown me that feminism has become an unpopular word. Women are choosing not to identify a feminist; apparently I am among the ranks of women whose expressions are seen as too strong, too expressive, isolating and anti-men. Unattractive even. Why has the word become such an uncomfortable one?”

She definitely seems to be taking a leaf out of fellow UN Ambassador Angelina Jolie’s book in terms of delivering heartfelt and powerful speeches. Watch the video below to see Emma in action.