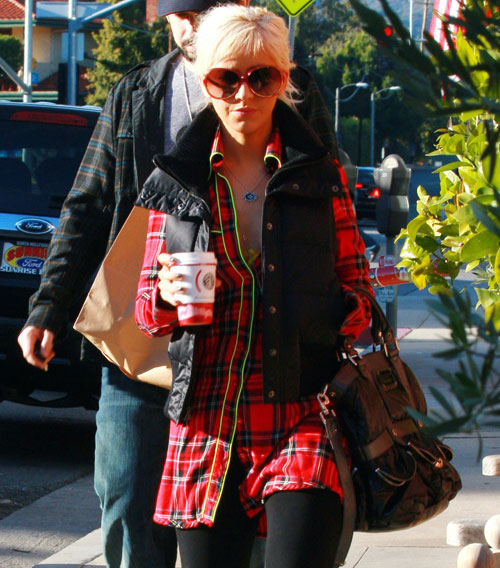 Expect another year filled with celebrity collections. Yes, there’s just no eradicating these celeb and high street partnerships. …they’re just way too lucrative. To kick off 2009 rumours that Christina Aguilera may launch a collection with Topshop are doing the rounds. Considering Christina is now a wife and mother we’re expecting a line that’s more “mature” than â€œdirrrty.

An anonymous source spilled the beans to the Daily Mirror saying,

â€œSir Philip has started talks with Christina and hopes to sign a deal soon. She has visited his offices in London and they are thrashing out the details. Philip loves her style and believes she would add something new to Topshop. Christina is the blonde bombshell who is into pop whereas Kate is the rock chick and model.”

By the sounds of it Green has no intention of ditching Kate anytime soon. Instead Christina’s line will most likely run alongside Kate for Topshop and if all goes to plan, she could pocket £4million from the collaboration. Stay tuned…