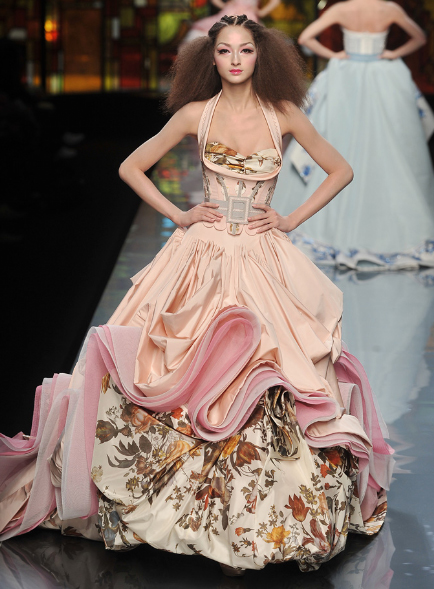 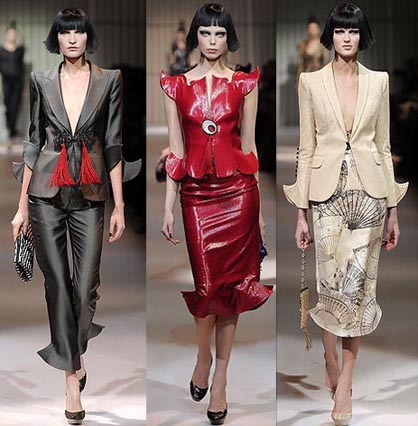 Also interpreting a foreign culture was Giorgio Armani with his Armani Prive collection. Armani’s designs hinted of the Orient featuring tassels, fan prints and shapes, together with a rich colour palette of limes, blues, purples, and Spring’s hottest hue, red. Also note the model’s top-knots which were a feature at most shows. 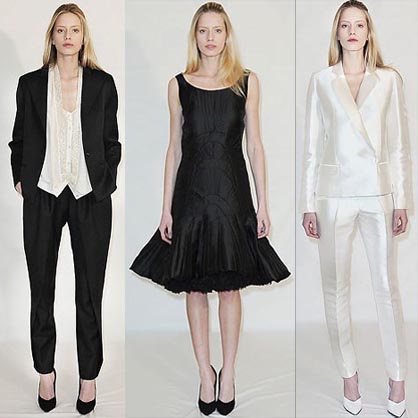 Anne Valerie Hash chose to show a reduced collection at her showroom this season in respect of the current economic downturn. Focussing on what she does best, Hash concentrated on le smoking tuxes and wedding dresses. Perhaps in homage to the recent passing of Yves Saint Laurent, the â€˜le smoking’ has been a constant presence this week. 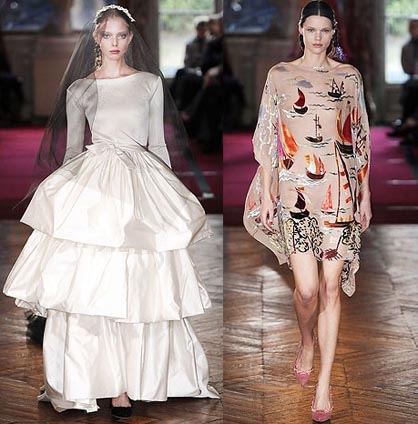 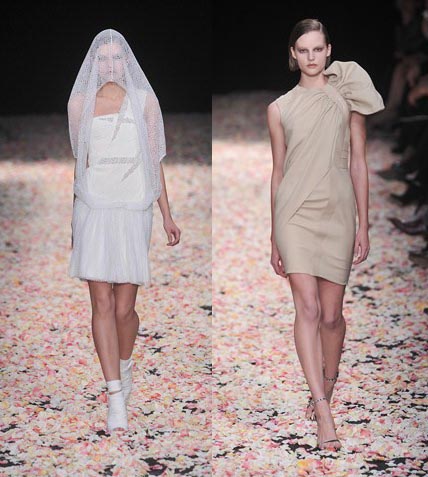 Givenchy’s models were sent down a petal strewn runway in the most dreamy of frocks from designer Ricardo Tisci. Matte fabrics and muted colours put the focus on subtle details such as visible seams, gathering, and, once again, veils. 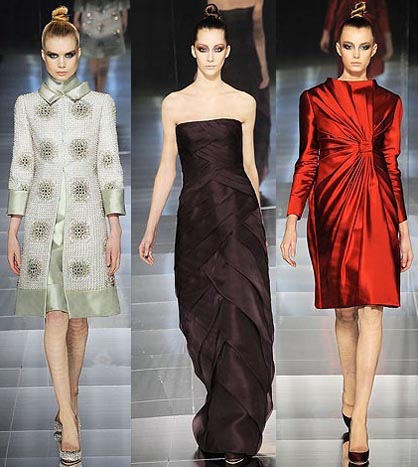 In their first collection for Valentino, Maria Grazia Chiuri and Pier Pablo trumped with beautiful 60s dress coats in jewel colours, embellished minis, and more than a few Oscar gown contenders. Simple and classic, Chiuri and Pablo triumphed with their lady-like chic. 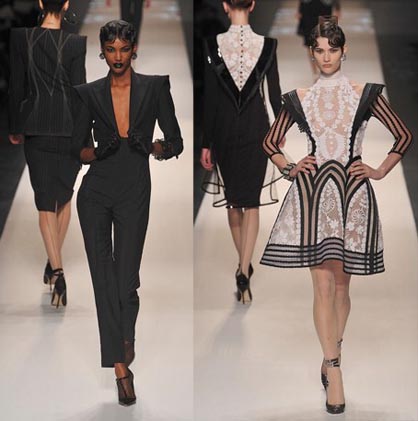 Last but certainly not least, a special mention goes to Jean Paul Gaultier. Exquisite tailoring and detail were present amongst his monochrome collection which screamed of the1980s and reminded of the days when Linda, Christy, Naomi and Claudia ruled the catwalk. 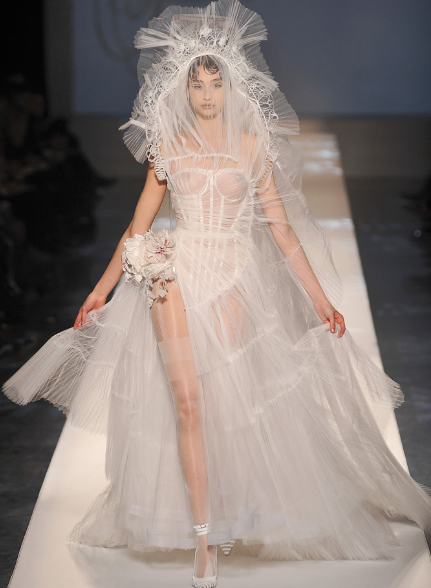 Is Alexa Chung, getting a New Look?