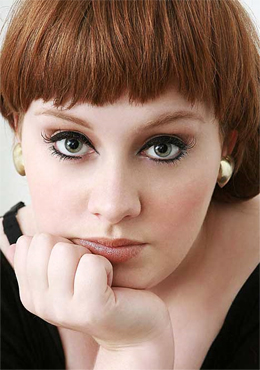 The fly-on-the-wall documentary which took place during the making of Vogue US’ September issue, will be coming to a movie theatre near you this September. Filmed by RJ Cutler and premiered at the Sundance Film Festival to high acclaim, The September Issue hit the headlines thanks to some fairly unkind remarks and revelations about their cover star, Sienna Miller. It’ll be exciting to get to see the most formidable woman in fashion doing what she does best. But someone who has just been on the receiving end of Wintour’s flair for fashion comes in the unlikely style icon of Adele.

Brit singer Adele was summoned to Vogue headquarters for a Vogue US photo shoot to be photographed by the legend that is Annie Leibovitz. And if that isn’t a privilege enough, Wintour will be styling Adele for the Grammy awards, this weekend. On her once in a lifetime encounter Adele said:

“I went to go do my final fitting for the shoot. Then Anna Wintour wanted to meet me, so I was waiting in the hallway. It was just like The Devil Wears Prada. It was amazing. I was really frightened and I went in and she was so nice. She was like, ‘What labels do you like?’ I was trying to make up these designers that I was quite sure I had read in Vogue.”

So Adele, all eyes will be on you this weekend. And in September it’ll be Anna Wintour’s turn to take the limelight, oh what a year!