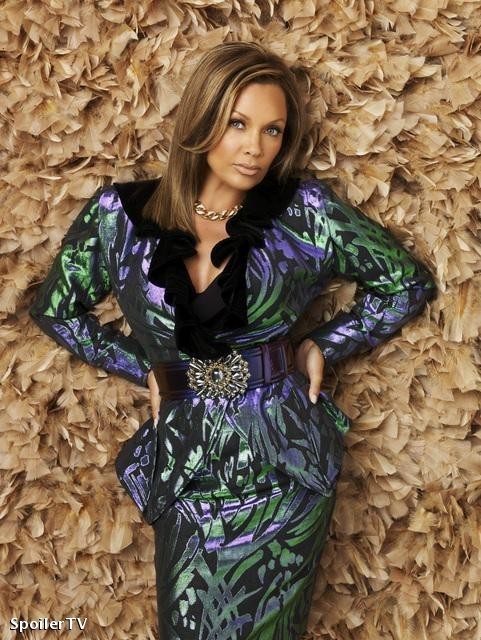 Ugly Betty editrix Wilhelmina Slater’s wardrobe is the latest victim of the recession.

Vanessa Williams, who plays the show’s bitchy boss has worn Rachel Roy, Giambattista Valli, Dolce & Gabbana and vintage Thierry Mugler for the show’s third season, which premiers October 9th, but said they are having to be mindful of the budget.

She told WWD, â€œWith the economic situation what it is, we scaled down in terms of the type of clothing that we’re getting.

â€œThere was a Naeem Kahn dress that went for $3,000 and they watched it and watched and by the time we got it, it was like $800. So we are being mindful of the budget and waiting for markdowns on Ugly Betty.

Williams also said she’s been having a bit of deja vu wearing the vintage Mulger.

â€œWe’ve gone through a lot of stuff that is late Eighties, early Nineties, which is fantastic , a lot of stuff I used to wear when I was recording back in the day.

â€œI would have deja vu moments of, ‘didn’t I wear this on stage already?’

Williams, who has been nominated for two Emmys, was in Dallas to help promote Dress for Success and its benefactor, Botox, which has donated $250,000 to the charity.