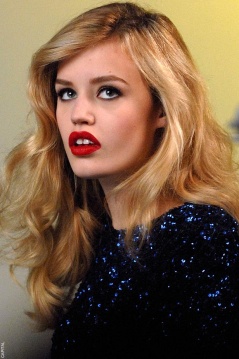 See the first pictures of Geogia Jagger for Rimmel, find out which hot male model’s had us in hysterics, and which family feud has rocked fashion’s boat?…

Just in: the first shots of Georgia Jagger for Rimmel have been released , step aside Angelina, it’s Georgia’s pout we want. – Elle UK

This has had us laughing all week. Not only is he hot, James Franco’s a funny man, too. – Funnyordie

It’s not all sleek sophistication beneath the Jimmy Choo empire, Tamara Mellon is suing her mother for $9.5million. – NY mag