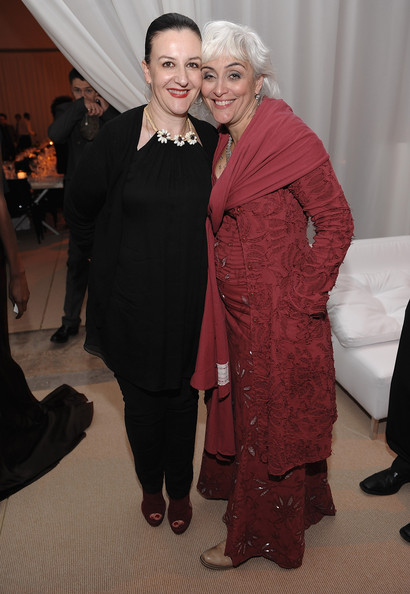 The new one to watch? On Monday, the CFDA/Vogue Fashion Fund winner was announced in New York, and taking home the grand prize this year is… Sophie Theallet.

The French-born Brooklyn-based designer , who has worked under Jean Paul Gaultier and Azzedine Alaia for ten years , was greeted by Nicole Kidman and Alber Elbaz as she collected her award, which recognises her signature style of â€œbohemian luxe seen through the eyes of a sophisticated couturier.

Sophie beat of tough competition from fellow finalists including Monique Pean and Patrick Ervell to scoop the prize, which includes $200,000 and a year of mentoring from CFDA/Vogue.

After setting up her eponymous label in 2005, Sophie follows in the footsteps of last year’s winner Alexander Wang, who’s taken the fashion world by storm since his win, picking up the coveted Swiss Textiles Award just last week.

If this year’s winner sees anything like the same success as her predecessor, we think Sophie Theallet could be one to watch for 2010.

Visit Vogue.com to catch a peek of Monday’s star-studded event beyond the red carpet.