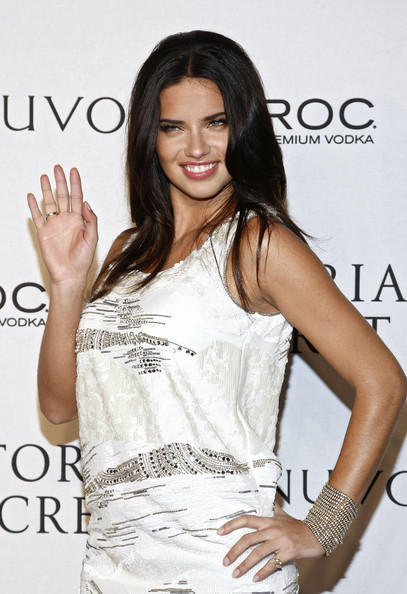 Remember the surprise a while back when Adriana Lima discovered she was pregnant? How time has flown , the Victoria’s Secret Angel has given birth to a baby girl, her first child, named Valentina.

â€œAdriana and Marko are thrilled to announce they had a baby girl, said Lima’s spokesperson, Vogue UK report. â€œMother, father and baby are all doing well.

Adriana follows in the footsteps of fellow Angel Karolina Kurkova, who gave birth to a baby boy in October, and Heidi Klum, who recently gave birth to her fourth child.

Apparently there’s no such thing as maternity leave when you’re a top-notch model like Klum, who, just weeks after giving birth to her fourth son, is set to make an appearance on the Victoria’s Secret catwalk today in New York. That’s either incredible or incredibly mad, and we know which one we’re opting for.

Congratulations Adriana , with her mummy and daddy’s genes, we bet Valentina’s just gorgeous.