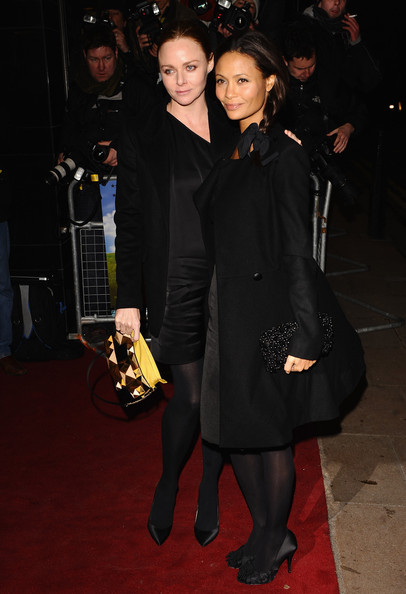 It must be handy, when you’re a designer, to be able to rely on your fashionable friends to rally round for a cause you hold close to your heart. When Stella McCartney hosted a screening of Food Inc. on Monday, her celeb pals poured out.

Stars including Vivienne Westwood, Thandie Newton and Richard E. Grant all braved London’s snowy streets to attend Stella’s screening of the Oscar-nominated documentary , a film that lifts the lid on several powerful food corporations in the US , which she showed in support of McCartney’s family initiative Meat Free Monday.

And as an avid Animal Rights activist, the British designer is in full favour of the documentary which, she says, is hard-hitting but incredibly important.

â€œThis is not a film that people jump out of their warm sofas and beds to come and see â€” it’s a scary film and the subject matter is terrifying and shocking, but I have to say it’s one of the most incredible and important films that I have ever seen, Stella told WWD.

Food Inc.‘s released in the UK on February 12 – watch it through your fingers.