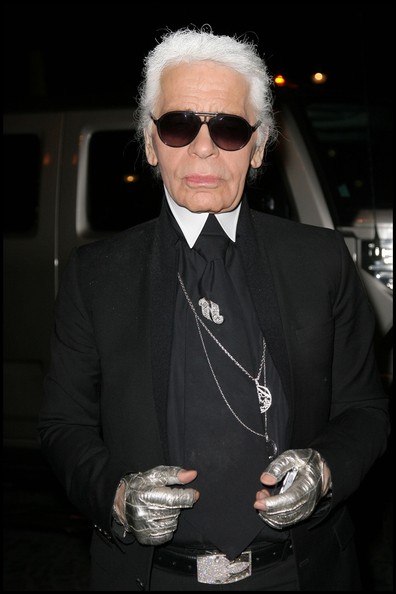 It’s been a busy week for Karl Lagerfeld, and it’s not just his unveiling of Chanel’s AW10 collection amid blocks of ice yesterday that’s got everyone talking , he’s set to be made a commander of the French Legion of Honour.

The equivalent of an OBE or a CBE, the legendary designer was told of his new-found honour by French President Nicolas Sarkozy yesterday before he made his way to the Grand Palais to unveil his new Chanel offering , and a 25-foot iceberg.

No date has been confirmed yet as to when Kaiser Karl will receive his title, but it certainly cements his impact , and influence , on French culture.

But that’s not all he’s got to be excited about: he’s been named as the latest photographer for the renowned Pirelli calendar , yep, the one that shows models dans le nu, g-strings aside.

He’s looking to do the shoot for the calendar in April, where he’ll use â€œall the top girls, and he’s already got plans for the location, according to Vogue UK.

“I’ll do it in my studio in Paris,” said Karl. “It’s too obvious to have a beach setting.”

And we can’t be having that, now.