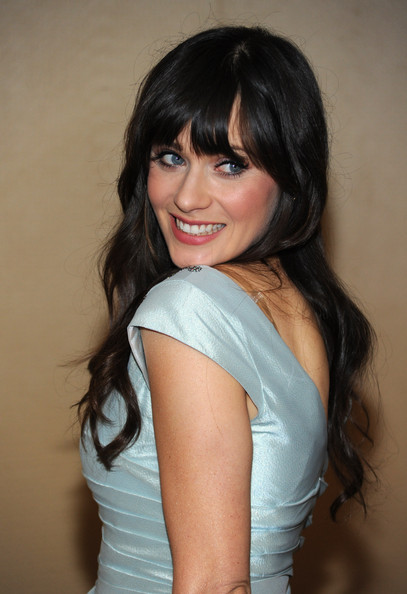 Georgia May Jagger and Coco Rocha’s campaigns for Rimmel may have only just begun to grace our screens, but their no longer the new girls in town. The cosmetics company has a new coup , well, three actually.

Most exciting among the new faces to join the likes of Kate Moss and Lily Cole is 500 Days of Summer star , and ever-emerging style icon , Zooey Deschanel, who will front foundation, mascara and lipstick campaigns for the London label from August.

Meanwhile, two other newbies, Solange Knowles and Alejandra Ramos Munoz, are also set to star in ads for the beauty brand, but for them, work won’t begin until next season, Elle UK reveal.

With a handful of Hollywood hoots, Rimmel hopes this move will encourage more girls to get the London look, with Stephen Mormoris, Senior Vice President of Global Marketing at Rimmel, saying they chose the girls because they “reflect the diversity of London and the Rimmel brand”.

We reckon Rimmel’s ranking in the style stakes has risen a little higher.