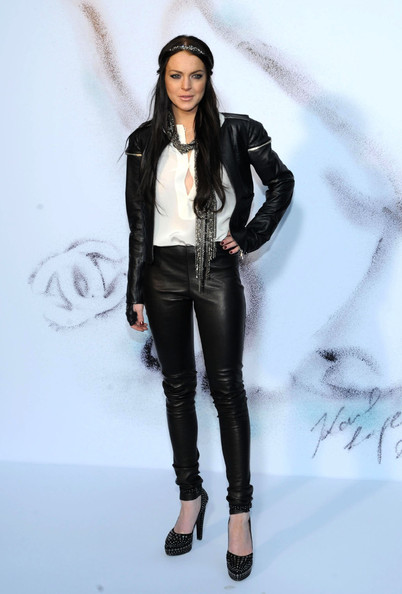 Since being given the boot from Emanuel Ungaro last month, Lindsay Lohan’s got a little spare time on her hands – time, let’s say, to draw up new designs, for it would seem Ms. Lohan’s dream of designing isn’t yet short lived, not if Ed Hardy has anything to do with it.

If recent rumours are to be believed, the actress is in talks with the L.A-based label to design a line of handbags, and it would seem work’s already under way.

“Lindsay and the design team at Ed Hardy have mutual friends, and they knew she was interested in looking for a handbag license and partner,” a source told E online. “They thought she’d be a good fit and so did she.”

“Lindsay is very directly involved with the project,” the source added, “and she’s always pulling things online and from magazines for ideas.”

Claudia Schiffer's having a girl!