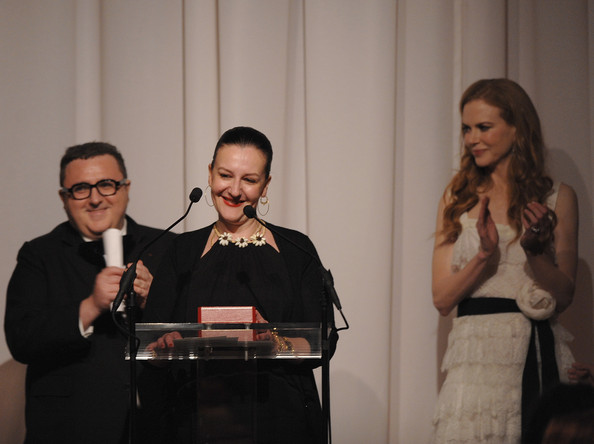 It’s that time of year again – the ten finalists of this year’s CFDA/Vogue Fashion Fund have just been revealed, and hoping to shoot to style stardom this time are a mixed bunch of up-and-coming creatives.

But before we reveal the names, let’s talk about what’s at stake. $200,000 (with two runners-up getting $50,000 each) and a year’s mentoring to help build their business brains. Or, in lamens terms, a pretty helpful hand onto the path of success.

“Fashion is probably the only industry in the world where its fledgling talents are expected to be as creatively adept at running a business as they are at design,” says Anna Wintour. “Many, clearly, are not, and it’s through the support of the fund that these promising designers will be able to build a future for themselves—and for American fashion.”

The winner won’t be unveiled until autumn, and though whoever wins will be in good company – previous winners include Proenza Schouler, Alexander Wang and, most recently, Sophie Theallet – the finalists will have a small mountain to climb before they get there.

According to WWD, the judging committee will be paying a visit to each of the designers’ studios, scrutinising their latest collections and setting them a design project before deciding a winner on November 15th.

In the meantime, we’ll be getting acquainted with all 10 – after all, the Fashion Fund finalists are usually a pretty good indication of the ones to watch.