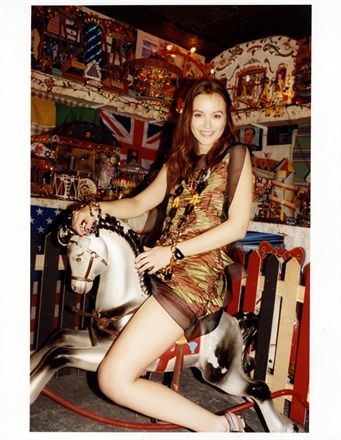 She may not be the sole face behind Missoni’s SS11 campaign, but the rumours about Leighton Meester starring in the Italian label’s latest ads were true – and though, granted, it’s not as big a coup as fellow co-star Blake Lively’s Chanel deal, Leighton looks suitably sweet in Missoni nonetheless.

According to Fashionista.com, Angela Missoni was said to have seeked inspiration for the shoot from the cover of the Beatles’ album Sgt. Pepper’s Lonely Hearts Club Band – though, as far as we can see, the inspiration must be a little more indirect than it is obvious.

The rest of the campaign images have now been released on Vogue Italia’s website – let their quirky, hap-hazzard charm cheer your morning…