If there’s one thing we’ve been hankering after ever since Mulberry’s press day, it was the British brand’s Fox Lock bags – and we know you have been, too. Well, good news, fashion fans – they’re finally available to buy online!

But not for long, we guarantee you.

The all-new Fox family comprises a classic Alexa, an oversized Alexa and a clutch wallet, all featuring a striking gold fox head in place of the traditional Postman’s lock, as well as adorable mini fox rivets which are both charming and utterly chic.

A warning, though: available in either suede or nubuck and boasting a brilliant shade of Fox Brown – the most deliciously warm leaf brown with a striking rust-orange tang – they’re already a massive hit with celebs.

We love the oversized version in Nubuck with its glossy chesnut straps. In fact, we’d go as far as saying its our favourite Mulberry bag of the past few seasons – and that’s saying something, huh?

Now, who’s got £1,150 spare? There’s a fox waiting with our name on it. Available to buy online now at www.mulberry.com.

Jimmy Choo collaborates with Nan Goldin for its Icons campaign 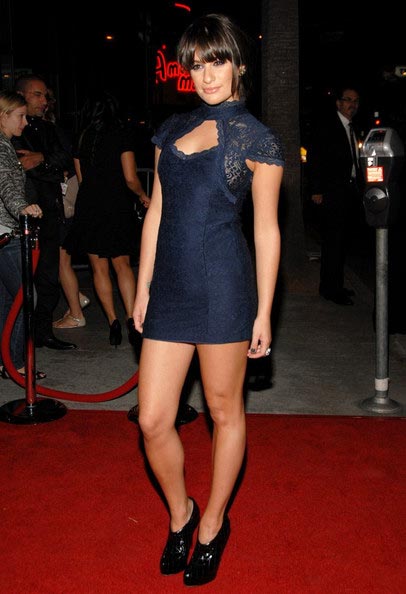 What would Rachel Berry say? Lea Michele ditches trousers and wears ASOS top as a dress