It seems like the Vogue magazines across the globe can’t seem to get enough of Croydon girl Kate Moss, can they? This is Mossy’s second French Vogue cover this year – although her May shoot is a million miles away from this one as far as styling is concerned – and who can forget her hotly anticipated September cover for American Vogue and equally flawless August cover for British Vogue?

However, editor-in-chief Emmanuelle Alt has gone for something totally different for the December ‘Music issue’, styling Kate Moss on David Bowie during his iconic Ziggy Stardust years. Legendary photography duo Mert Alas and Marcus Piggott photographed the British supermodel in her Balmain getup, complete with bright orange wig and anchor tattoo… and doesn’t she pull off 80s androgyny brilliantly?

We’re guessing Emmanuelle didn’t fancy taking a back seat this issue and giving someone else the opportunity to guest edit the mag, as is the tradition for the December issue, although as there are rumours that the guest issue is one of the reasons that led to former editor-in-chief Carine Roitfeld’s departure, we don’t blame her for not being too keen on it. 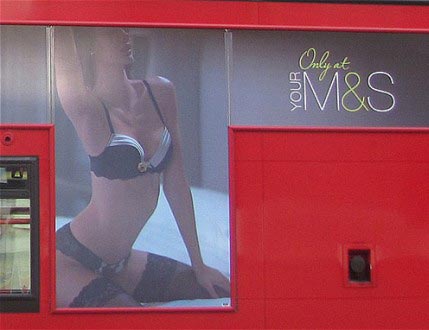