This Monday afternoon at My Fashion Life HQ, Starbucks in tow, we’re mulling over…

The remainder of NYFW

We’ve had a weekend drooling over next season DKNY, Monica Lhuiller and Derek Lam, and Alexander Wang. And now we can’t wait for the rest of it!

It’s with a heavy heart that we say this, but we’re looking forward to global tributes and memoirs that will surface to remember the legend that was Whitney Houston: a beautiful woman, an unforgettable voice.

Panic, not. It’s nothing offensive, but translates at Front Row Celeb Spotting and we’ve coined it in honour of the fact that we can’t get enough of it! So far, NYFW has witnessed Zoe Saldana FROW at Prabal Gurung; Anna Wintour at Nahm; Alexa Chung at Jason Wu; Olivia Palermo at Peter Som and Leigh Lezark at Cynthia Rowley. Hurry up LFW; we can’t wait to do it here, all over again!

As Mummy Beckham tweeted a picture of the bag from her Fall 2012 collection, named in honour of her adorable 7-month old daughter, we’re wishing it were already August so we could get our hands on what will be next season’s most sought after arm candy.

Back with a Vang! 90s supermodels make a comeback at NYFW

We know of his undying penchant for repeatedly referencing the grungy 90s, and making us unfailingly fall in love with it every time he does. But Alexander Wang took the referencing up by a million notches, as this weekend saw supers the likes of Gisele, Shalom Harlow, Karolina K and Carmen Kass walk at his Fall/Winter 2012 show. Although we do love you Karlie Kloss, we still want to see more designers take it back in time with their model choices! 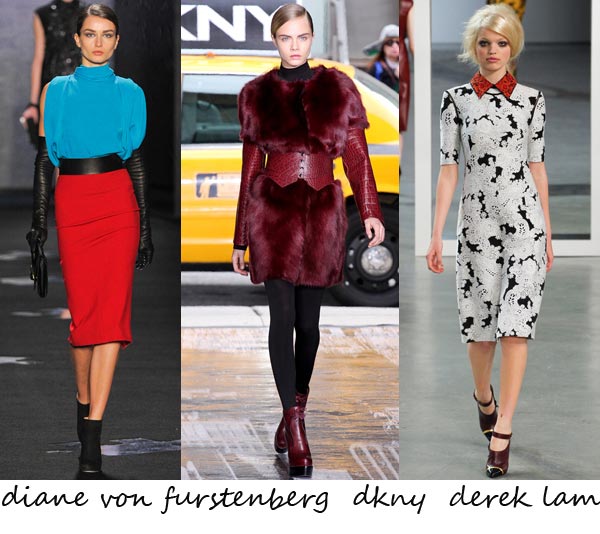 Win a pair of tickets to London Fashion Weekend!