Sitting front row at a modern day catwalk show is the equivalent of being front of the ration line in the 40s.

You have a need(hunger, mouths to feed; fashion, trends) and a purpose (make good use of the ration coupon; deliver on next seasons trend) to fulfil.

OK, maybe the example is extreme but the mentality is the same: If you’re in front, you’re perceived as having succeeded – the fashion house that is.

Apparently, positioning certain celebrities at the front has been costing fashion houses dearly, whereby hefty fees have been handed out in exchange for about 20 minutes of their forced smile faces and super-toned bums to be parked on the front row. A move deeply condemned by French-born, London-based designer, Nicole Farhi. “It is so unprofessional. I have never paid a celebrity and I will never do it. It’s stupid”, she told Sunday Telegraph’s Stella magazine.

Farhi, 65, went on to add that she was set on exposing the practice of backhand, cash-splashing seat-fixing deals so common in the fashion world, even if she risked the wrath of so many of her fellow fashion contemporaries. Even Lady Mary Chateris stuck in with a jibe, telling the Telegraph: “They pay people to be on the front row to show off the clothes where everyone can see them. That is where all of the photographs are taken.”

Brave move ladies and one we welcome with open arms. It is almost precedence now, that before collection reviews even hit online fashion portals such as Style.com and Vogue.com, exactly which celebrity made an appearance (thanks to the ‘Front Row’ tab on show reviews), sat next to whom, wore what and expressed what on their faces as the first model walked out is scientifically documented. Nicki Minaj’s Technicolor wig and Eddie Redmayne nestling between two stunning models front row at Burberry fast become heated topics of conversation, rather than Karl Lagerfeld’s crystalline translation of an amethyst cave on a three piece suit.

Libby Banks of mydaily put forward some rather interesting and counter-argument provoking points on the topic of celebs being paid, even demanding at times, large sums of money to grace front rows – something she referred to as ‘brand tit for tat’. Yes, advertising and publicity is a lifeline for big fashion names. Dior would probably lack the modern day J’adore if Mila Kunis didn’t seductively pose with its bag, or maybe Rosie Huntington-Whitely’s bee stung pout makes us want to shout Burberry; but ad campaigns are a whole different ball game to the playing field that is the catwalk show.

In the article, Banks says: “Take away the front row from the catwalk show, and what you’re left with is a quaintly inefficient method of showing people clothes.” I’m not entirely convinced with this argument. A catwalk show which is constructed with such attention to detail, at great cost and featuring some of the highest paid models in the industry doesn’t need blatantly uninterested celebs sitting in creased pre-fall creations by said designer.

The ‘method of showing people clothes’ is only efficient if the right people are the ones with priority to the front row, namely editors of important fashion publications who will happily feature the designer’s wares, unlike one disposable red carpet appearance. The very editors, who on several occasions have been edged to the end, even sidelined or second-rowed because a certain A-lister has decided on a last minute arrival and wants front row seat – entourage/PA in tow.

How about big fashion houses with big spending clients conduct a little research into their customers, and maybe, complimentarily invite the unknown mega-wealthy Arab Sheikh’s missus or the Russian technology oligarch’s girlfriend, who between them spent £100K at the couturier’s counter last month? They actually paid for your goods. No free-hogging and you’re actually making money from them, rather than ‘buying’ them in.

She later goes on to mention London-based designer Richard Nicoll’s intimate showcase/presentation affair, where the designer discussed his collection with attendees and the whole event was a relaxed, not restrained affair. Branding this approach: “a throwback to a time before celebrity and fashion had been formerly introduced” leans towards ignorance about these types of events. Isn’t if far better when a fashion show or presentation is an intimate affair; when the focal point is the collection, not the famous people lined up front row, and the designer in question can really tell you about their inspiration behind a particular design?

This air of appreciation was certainly felt at Victoria Beckham’s spring/summer 2012 show during New York Fashion Week. She’s walked straight into a profit hike, and stars endlessly choose her designs on the red-carpet – where they, the celebs, belong.

We certainly can’t escape the intermix of fashion and celebrity, and maybe as Banks points out, a certain celebrity may genuinely be interested in a particular designers clothes, or have a genuine interest, or previous education in fashion, (cue: Alexa Chung and Samantha Cameron). But what of those start-up designer names, who yet don’t have the cash to splash on pulling in the names? They may equally need famous faces on f-row, and sadly their bubbling talent may become discounted in all of this. This is where editors become important – the real trend and talent spotters.

Finally, she goes on to say: “Designers will dress their favourite celebrities for the show, making them a ‘real’ embodiment of the brand.” This argument is wholly lost to the ‘brand tit for tat’ label. What embodiment? Yes, for a large price tag, I’d embody a clothing line by Jersey Shore’s Snooki (if there ever was one) if it paid for the mortgage and the cat’s veterinary bills, but am I really a believer in Snooki’s design ethic and ability? No.

Banks’ argument takes away from the designer his or her vision of design and the very reason behind why they created a particular collection. The idea of a ‘muse’ – a paid one in this case – is an almost degrading and restricted one, and at times appears as a choice blinded by the glitz of celebdom rather than a true connection between the choice of star and the designer dressing them.

Evidently, a fashion insider backlash won’t put an immediate stop to dirty dealings behind the catwalk curtain. But if crusaders such as Farhi ever disclose the real sums lapped up by celebrities to sit pretty on the front row, not even being able to pronounce the name of the designer, politics on the f-row will one day inevitably lead to propaganda on the shop floor 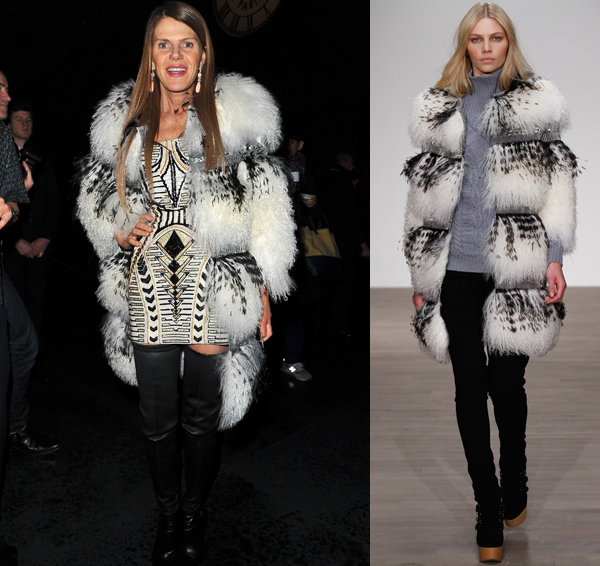 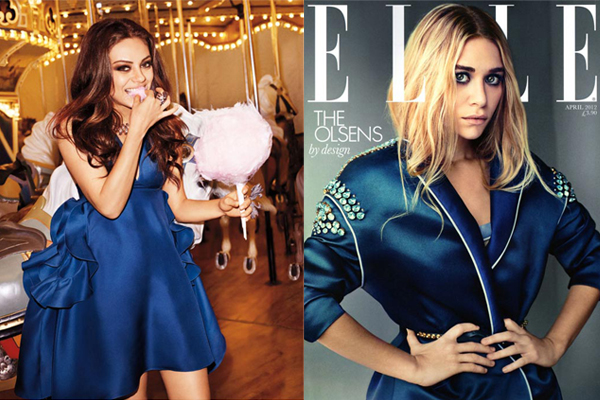