The news has recently been awash with trademark infringement stories, and rightly so, because this type of infringement is serious and spells financial disaster for the business involved. In the world of fashion, however, the existence of copycats is ten-fold that of anywhere else.

Tatty Devine recently filed a legal complaint against Claire’s Accessories after several of the former’s designs, including a renowned dinosaur necklace were copied. Then, the highly documented story of Christian Louboutin, who fruitlessly dragged Parisian fashion house Yves Saint Laurent to the dock over its use of Louboutin’s famed red sole.

But two recent situations of design stealing have left me, well, speechless. The first is that of Jessica Simpson taking rather direct inspiration from Christian Louboutin’s 2010-release ‘Statarata’ heel – in other words copying the shoe, renaming it ‘Evangel’, removing the red sole and selling it at an affordable price. Simpson’s $98 rip off of the $995 ‘Statarata’ heel is so obvious, even an orthodox, flat-sporting, anti-heel protestor would be able to spot the non-difference.

The second scenario is similar to the first except it involves two mega-brands at loggerheads over what is effectively a poor attempt at covering up an obvious creative crime. Italian powerhouse Gucci has accused Guess and its footwear licensing company, Marc Fisher Footwear, of devising a “massive scheme” to copy Gucci’s trademarks, which include the classic square ‘G’, the diamond-shaped repeating pattern with interlocking G’s, the designer’s name in its script font, and the green and red stripe design.’ At first glance, I really can’t spot the difference between the two designer versions of the sneaker at the centre of this legal battle. After studying them for more than five minutes, bar very subtle differences in heel and upper-sole colour and a light alteration of the way the interlocking G’s are placed, the designs are identical.

These two particular cases, alongside others in the fashion industry, represent an unbreakable cycle and bald-faced insensitivity towards the privacy of creative’s and the protection of their designs. The Louboutin-YSL clash came off worse legally, with the court ruling that ‘awarding one participant in the designer shoe market a monopoly on the color red would impermissibly hinder competition among other participants’, and branded the trademark Louboutin was trying to assert as solely his ‘overly broad.

Similarly, in Jessica Simpson’s case, due to clothing and accessories not being protected by copyright law in the US, nothing can be done about the ‘Evangel’ shoe, no matter how indifferent it may be to its identical high end version.

The initial motive behind Jessica Simposn’s rip off could be to provide fashion-seekers with a hit of high-end fashion in an affordable version, and, maybe Guess wasn’t out to trace Gucci’s iconic design’s inch for inch (the said sneakers were later removed from circulation, although Gucci’s legal team proposed that the shoes were still available at heavily reduced price). But, is making fashion accessible to the masses enough justification to allow designs to be copied and creativity to be infringed in such a ruthless way?

Maybe high end-high street collaborations are to part-blame for the increased hunger in consumers to sport expensive names for cheaper, and, maybe these collaborations provide certain designers with a sick ‘boldness’ to deem it perfectly normal to steal another’s ideas.

It is angering to know that those who spend money developing, and those who later spend it buying these expensive clothes, shoes and accessories may have their purchases devalued at the hands of these creative copycats as they see others around them smugly wearing their cut-price wares.

The identity of clothing and accessories, (speaking for the US), needs to be given a recognisable place in the legal system, because a designer’s atelier is just as important in its delicate output as any one of the Apple factories. For it is a robust legal shake up and a serious approach to design in all its elements that will stop the cannibalisation of our beloved Louboutin and Gucci wardrobes. 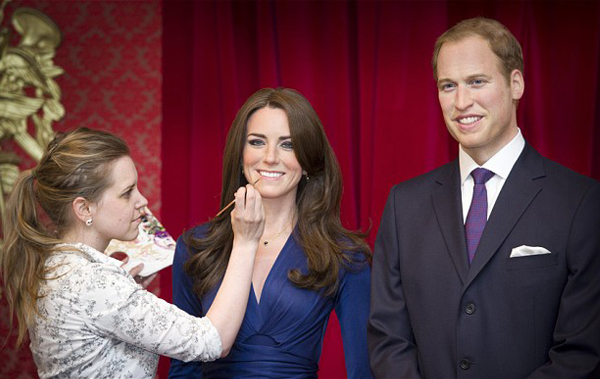