With the biggest event in the fashion calendar going down this week, it’s no surprise then that this week’s RATE or SLATE is doing just that to some rather thought provoking Met Ball 2012 dress choices.

The ever-fashion forward Alexa Chung attended this year’s Met Ball as the guest of fashion god Marc Jacobs, and wore a creation from the designer’s fall 2012 collection. (natch) Usually, we take a second glance at Alexa and then continue to stare in awe at how she has concocted up her latest look, but this time we’re not totally sure how we feel…

Lily Collins’ interesting choice made for some rather exciting viewing! Opting for a fashionably romantic creation, Lily wore a sheer lace Valentino couture gown and looked every inch the red carpet queen. Although the Little House on the Prairie-inspired gown may not be every one’s first choice, it kind of worked on Lily, but we’re still deciding….

Jaime King decided to do a repeat performance of Ginnifer Goodwin’s foray into high street fashion for the red carpet at last year’s Met Ball, but we’re not entirely convinced she outshone her predecessor!

It over to our Style Jury…

Alexa Chung: ‘Anyone who reads MFL will know that we love a bit of Alexa Chung… she can do no wrong in our eyes, but this is one of the very rare occasions where something has gone a little bit awry. I love the dress, but for me, the shirt ruined it… totally not appropriate for such a prestigious event!’

Lily Collins: ‘I adore Lily Collins’ Valentino Couture! This is the standard I expect to see at the Met Gala… I love how Lily mixed it up and embraced the theme of the evening, but still opted for youthful and fuss-free hair and make-up. My favourite!’

Jaime King: ‘Why don’t I ever find dresses like this in my local Topshop, eh? I really wanted someone to push the boundaries and wear high street, and I think Jaime King was the perfect person to do it. Even though it’s high street, the bold colour and Jaime’s winning smile and sparkly accessories make it totally Met-worthy!’

‘Love Lily Collins. Not keen on Jaime King’s dress though…’ – @IL2L via Twitter

Oh dear, Alexa. Did you forget to remove the schoolgirl shirt when getting ready for the Met ball? Because it doesn’t work too well with that Marc Jacobs beauty you are wearing! Although the look was shown on the fall 2012 catwalk with a printed shirt, it worked there, but not on the red carpet at one of the most important fashion parties of 2012… love the Tabitha Simmons lace up heels, though!

Lily Collins appears to be the clear winner this week, after all, what could possibly go wrong when you throw delectable lace into the mix?

Although Jaime’s custom Topshop number has swayed opinion, it does ultimately work! It may not be as visually appealing as Ginnifer’s emerald green Topshop dress from last year, but nonetheless looks good on Jaime. Teamed with uber-expensive Bulgari jewels, this lady knows how to do the high-low mix! 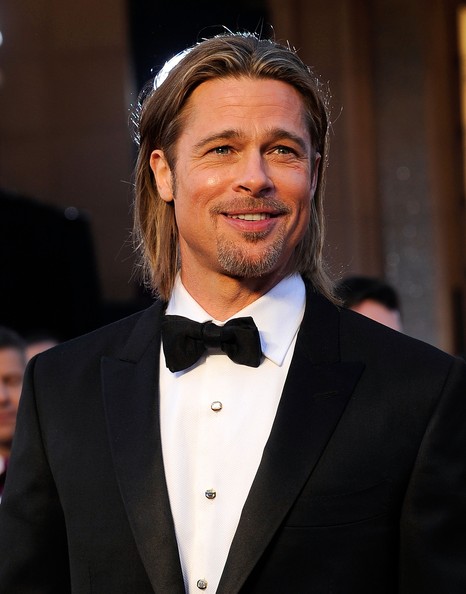 Brad Pitt becomes the new face of Chanel No.5