It’s rare, these days, for a designer belonging to a fashion house owned by a large conglomerate to truthfully speak their mind. Expectations, expected silences and a certain submission are all part and parcel of nurturing someone else’s (fashion) baby, albeit you’re the one who takes a bow out on that runway before a terrifyingly discerning audience.

Last week, I came across a piece in The Independent on Lanvin’s loveable artistic director, Alber Elbaz, about his hatred for the word ‘cool’ and his vehement passion for the very creative roots from which he comes. Put simply, he highlighted how the fashion world has, to a set degree, become a theatre act, dramatic designers the puppeteers – I’ll leave you to guess who the puppets are…

At the helm of luxury powerhouse Lanvin, Elbaz has quietly transformed this brand into a superpower, celebrated by the celebrity and fashion pack alike. Arriving in 2002, Elbaz took the then ailing brand into his hands, and like a little romantic fairy, brought it back to the fore.

In the article, Elbaz, although mentioning no names refers to the spectacle that is the inside fashion pack, and how the industry has increasingly become detached from what it originally set out to do. He also speaks with a certain sadness in his voice on the overdriven rumour mill of who-replaces-who every time a fashion house restructures its creative team, and the pain of his own somewhat history-making dismissal from YSL in 1999 after the Gucci group brought out the brand, for reasons no other than Tom Ford wanting to creatively take over.

Talking proudly of a soon-to-be-published book marking his tenth anniversary at Lavin, Elbaz said: “I thought that at a time like now, when the whole industry is about the six minutes of the show and a review that is being written in a taxi because then there is the next one, I thought, I’m going to show everyone how much effort goes into making a single dress.” Highly refreshing when you consider that the real celebrities of the modern fashion world aren’t the clothes which you dream of buying six month after being tantalised with them during fashion week, but in fact, the creators behind these designs. Of course, credit where credit is due, but a creative director is like scaffolding; seen, but providing silent support that strengthens the structure to which it is attached – the structure in fashion’s case, as you may have figured, is the brand. If all eyes are placed on the creative director, bar compulsory applause at the end of a show, where does that leave the clothes?

The modern day creative-celebrity hybrid hasn’t left much room for distinction. Celebrates with their own fashion ranges are in abundance, and the way they are celebrated due to their attached statuses, it’s as if by osmosis this had transferred into the fashion world. Creative geniuses, in my opinion, are supposed to be a silent force; unbreakable and unstoppable, a bit like Elbaz, really.

I want to imagine that during the six month period between shows in which designers prepare to mesmerise us, season on season, they work away in their ateliers, romantic hand gestures of appreciation aplenty, taking all the time in the world to coo over every finite detail as they put the finishing touches to each creation. This is the story I want to be told by the designs that come out on that catwalk.

Although Elbaz prefers to take the back seat when it comes to fame, he’s no wallflower. A successful collaboration with H&M and his use of classic fashion design technique blended with a modern appeal speaks volumes about Alber Elbaz, the astute fashion businessman.

His love for creating magic on the runway and an all-eyes-on-the-clothes-not-me approach to his job at Lanvin is evident in his words: I hate the word cool. It gives me a rash. If you take something out of the freezer it’s cold, but what happens when it melts? It’s a cool party, a cool person, a cool collection.”

“You ask people what they want to do and they say, ‘I want to be famous’ but I always say that fame is something that works perfectly if you want to get a good table at a restaurant in a hurry or you need a doctor and his secretary is into fashion. I want to go back to the real thing though, to actresses who act painters who paint and designers who design”, he added. 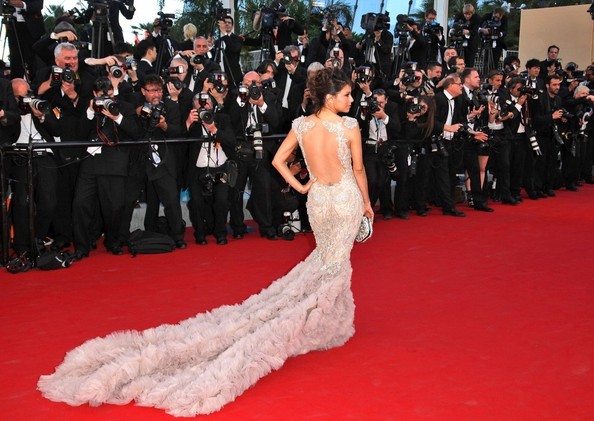 Top stories this week: Cannes kicks off with a bang, Chanel's Cruise collection unveiled and London gets Alice Temperley flagship