“Where have they gone?” I euphemistically and, rather rhetorically, ask myself every time I lay eyes on a post-‘Kimye’ Kim Kardashian. As the world became aware of the blossoming love between the blatant romance-deniers, I’ve become aware of Kim’s increasingly demure and understated wardrobe.

A monochrome palette (similar to her beau’s); sleek cuts; ladylike peplums; below-the-knee dresses; sensible fashion choices at Cannes; copious amounts of uber-expensive-looking leather and cleavage concealing necklines have all made the rounds; and I’ve decided that I actually quite like the stylistically ‘born again’ Kim.

Regularly seen in barely breathable, bust-enhancing, waist-reducing Hervé Léger bandage numbers, post divorce; Kim’s comeback as the Rapper’s Girlfriend hasn’t entirely been put down to personal effort. This is not to say I disliked Kim’s previous barely-there style, but I wonder if claims that dating Kanye West has improved her wardrobe actually hold any truth.

Well, to figure that out, let’s begin with Kanye’s personal approach to style, his fashionable affiliations and, of course, his venture into fashion. Partial to a blazer, slouchy leather pants and eye-hurting sneakers, Kanye’s love of Givenchy, a blossoming friendship with creative director of said fashion house, Riccardo Tisci, and an eponymous fashion label with a rather dismal debut at Paris Fashion Week two seasons ago prove his fashionable inclinations.

Given that, Kanye rather famously attended last month’s Met Ball sans Kim – a warning of sorts from the God of fashion, Anna Wintour, and the fact that Kim’s less-than-credible celebrity status – described in W magazine as the ‘fine art of playing herself – (a perfectly money-spinning method, may I add); does Kanye feel inclined to help bump up his beau’s credibility through influencing her style? Does he feel she’ll be taken ‘seriously’ by the inner circles of super-stardom if there’s more monochrome than major-boobage on show?

Kim is no stranger to the red carpet. Regularly invited to high-profile events; she most recently looked radiant on the amFAR red carpet in a bold yellow Elie Saab number (again a demure-ish choice). But being the girlfriend of a mega-star with mega fashion friends is a frighteningly alien situation to be in. Maybe headstrong Kim has given into to taking style advice from ‘Yeezy’ on the premise that her new avatar will work wonders for her positioning amongst the A-listers. Or, the easier explanation: she’s showing her utter devotion to her new man by covering up and taking the only-for-his-eyes approach to dressing.

Whichever you choose to believe in, I do hope Kim doesn’t take the habit of mirroring her new man’s aesthetic too far. He may have a superstar musical career, and strong alliances with the fashion elite that put him in a sartorially superior position, but judging by the vomit-inducing astrakhan (Google it before eating) we were exposed to on his fall runway, and his odd love for even odder fur (anyone remember Kanye with ex-girlfriend Amber Rose in monstrous fur coats at the Fall 2010 Louis Vuitton menswear show), it’s best if ‘Kimye’ avoid playing dress up. 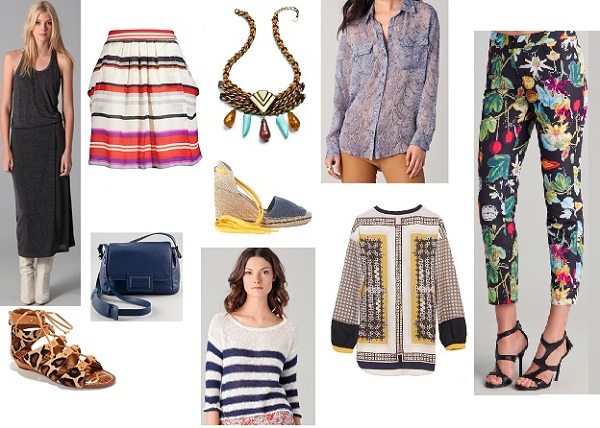 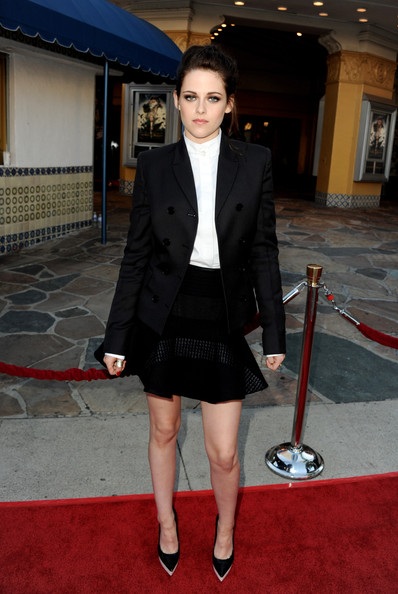