This week’s Rate or Slate is somewhat ironic if you think about what two of the girls under our style microscope are actually up to right now.

First, we have Demi Lovato, who as a new X Factor USA mentor will be used to passing judgment on others by now, but the roles are reversed for today. She wore a bright orange Topshop dress and leather jacket, which she teamed with some sky-high boots and a rather interesting hairdo.

Next up is Mischa Barton (but she’ll always be Marissa Cooper to us), who turned up to an Aston Martin event in a white Temperley London gown teamed with some bulky tan coloured shoes.

Finally, we have Miss Britney Spears, who decided to wear yet another Herve Leger dress to the X Factor USA auditions.

What did everyone make of their looks, you ask? Let’s find out:

Demi: ‘I can’t think of anything vitriolic or especially gushing to say about Demi here. She’s wearing Topshop, the coral looks nice against her gorgeous skin, I like her cool retro hair. It’s a bit girl-next-door-in-expensive-shoes but she looks genuinely great. Well played, Demi, you cutie/how boring for me.’

Mischa: ‘Oh, Mischa Barton. It’s true that I derive great joy out of disliking you but seriously: you are SO ANNOYING in the most limp way ever. Mischa is like the human equivalent of a dying flower. Today she’s a wilting lily, jilted at the altar because she was wearing shoes the colour of hotdog relish. Run, groom, run!’

Britney: ‘I’m pretty sure that Britney Spears has posed for photos before so I’m not sure why she’s standing like her mum is taking a proud snap before her first day of school. I wore a school uniform and Britney is wearing Herve Leger, her equivalent of a uniform. It was more fun when she was a hot mess but good for you, Britney’s stylist.’

As the Fashion News Ed, I thought I’d weigh in too…

Demi: ‘Akin to Britney’s love for the Leger, Demi Lovato is positively obsessed with Topshop but I don’t think it’s necessarily a bad thing. I’m not overly keen on the jacket, but I’m hoping she will have taken it off once she gets behind the X Factor judging desk. And I love her feline eyes and quirky quiff!’

Mischa: I think Ms Barton looked gorgeous in her Temperley London dress and the soft waves in her hair and subtle make-up worked wonders. I don’t want to look down at the shoes because they make me cry inside. They’re far too clompy and generally inappropriate. From the ankles up, she gets 10/10.’

Britney: ‘I can’t help but roll my eyes whenever Britney wears Herve Leger, or anything in the bandage dress family. If this wasn’t the 495th time (give or take) she had worn an Herve Leger dress, I think I might be championing it all the way, but it’s just too predictable. Poor thing looks really awkward too!’

‘Brit needs to lay off the Herve Leger, she’s got broad shoulders like me and it makes them look more masculine!

‘I like Mischa’s shoes, but not her dress. It’s a bit… well… odd! Strange gypsy sleeves with shoulder cutouts :-/’ –  @Pretty_Things4 via Twitter

‘Demi looks horrendous! Who okayed that ensemble? Mischa looks fantastic, absolutely amazing. Britney looks good, she maybe just needed a size bigger? Other than that its a good look!’ – Sarah James via Facebook

Verdict: Rate to the power of two

Demi Lovato’s look more or less unanimously united everyone with the overall thought that she looked pretty rockin’.

As far as Mischa’s look is concerned, the panel either loved the dress or the shoes – but not both together. Never together Mischa!

And Britney? She looks ok – no one was especially blown away or deeply offended, but as we have seen far worse from Brit Brit over the years, we’ll happily take that. 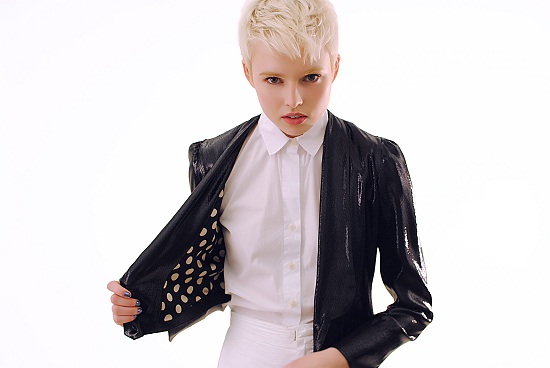