This is it guys, the final world premiere of the Twilight Saga has finally come! A bittersweet feeling, we must admit.

And because the Twilight: Breaking Dawn Part 2 Los Angeles premiere is such a big deal, you know all the sartorial big guns would come out for the occasion… and that’s exactly what happened.

Ashley Greene also decided to shun the dark, gothic theme of the film and go for a light number, as she wowed the crowd in a sublime one-shouldered cream ruffle Donna Karan dress. The rest of Ashley’s look was flawless, as her hair and make-up complemented the dress perfectly, while her drop earrings added some subtle but wowsome sparkle. No accessories-overload here. 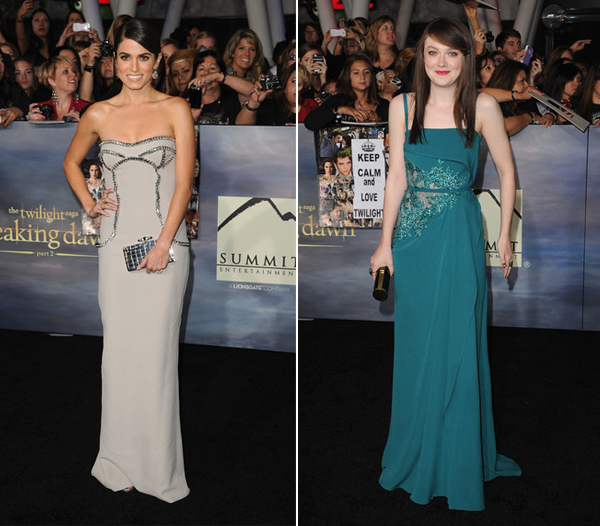 The other Twilight girls didn’t let us down either, as Nikki Reed looked sublime in a strapless grey Versace dress, while Dakota Fanning brought some vivid colour to the proceedings in an Elie Saab Couture dress. And speaking of colour, do you love her newly-dyed chocolate brown locks as much as we do? Wow – what a great place to unveil your new ‘do.

Who gets your best-dressed vote? We won’t try to hide it, our vote belongs to Ashley Greene, but we’re interested to see where you guys stand too! 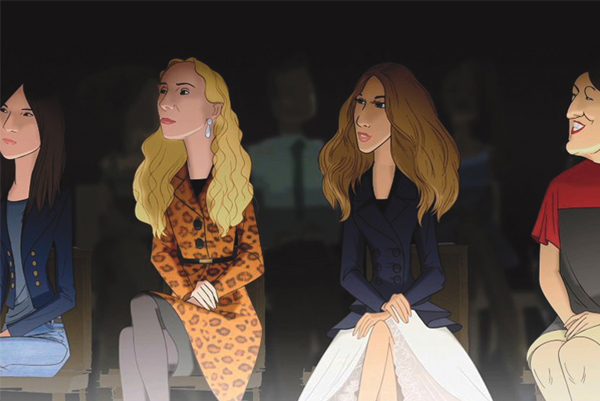 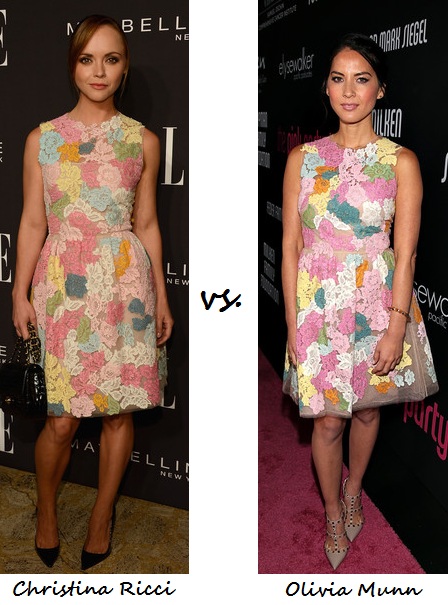 Christina Ricci vs. Olivia Munn in Valentino: Who wore it better?