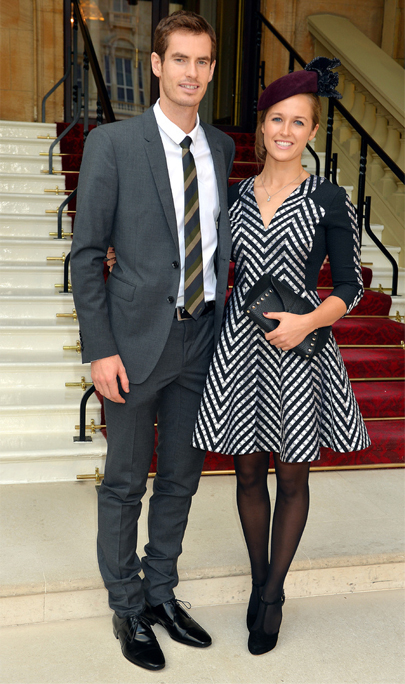 Congrats to tennis pro – and reigning Wimbledon champ – Andy Murray, who was awarded the Order of the British Empire earlier today by none other than the Duke of Cambridge, Prince William!

Andy headed to Buckingham Palace to receive his OBE with his parents Wllie and Judy, and loyal girlfriend Kim Sears also in attendance to lend their support.

Although he was the one receiving the OBE, all eyes were on Kim Sears (well, our eyes at least), who looked phenomenal in a monochrome zigzag dress from the Matthew Williamson pre-fall 2013 collection.

She showed off her svelte and enviable body with the utmost class and sophistication (something Kate Middleton has perfected over the years) and accessorised her dress with tights, black t-bar heels, a black clutch and a stunning maroon hat to add the finishing touch.

A flawless look from a lady who is fast-becoming a British style icon.

Andy Murraykim searsMatthew-WilliamsonOBE
This page may contain affiliate links. We may receive a small commission when you click an affiliate link and make a purchase. This helps keep My Fashion Life running so we can provide you with high-quality content regularly. Thank you for your support!