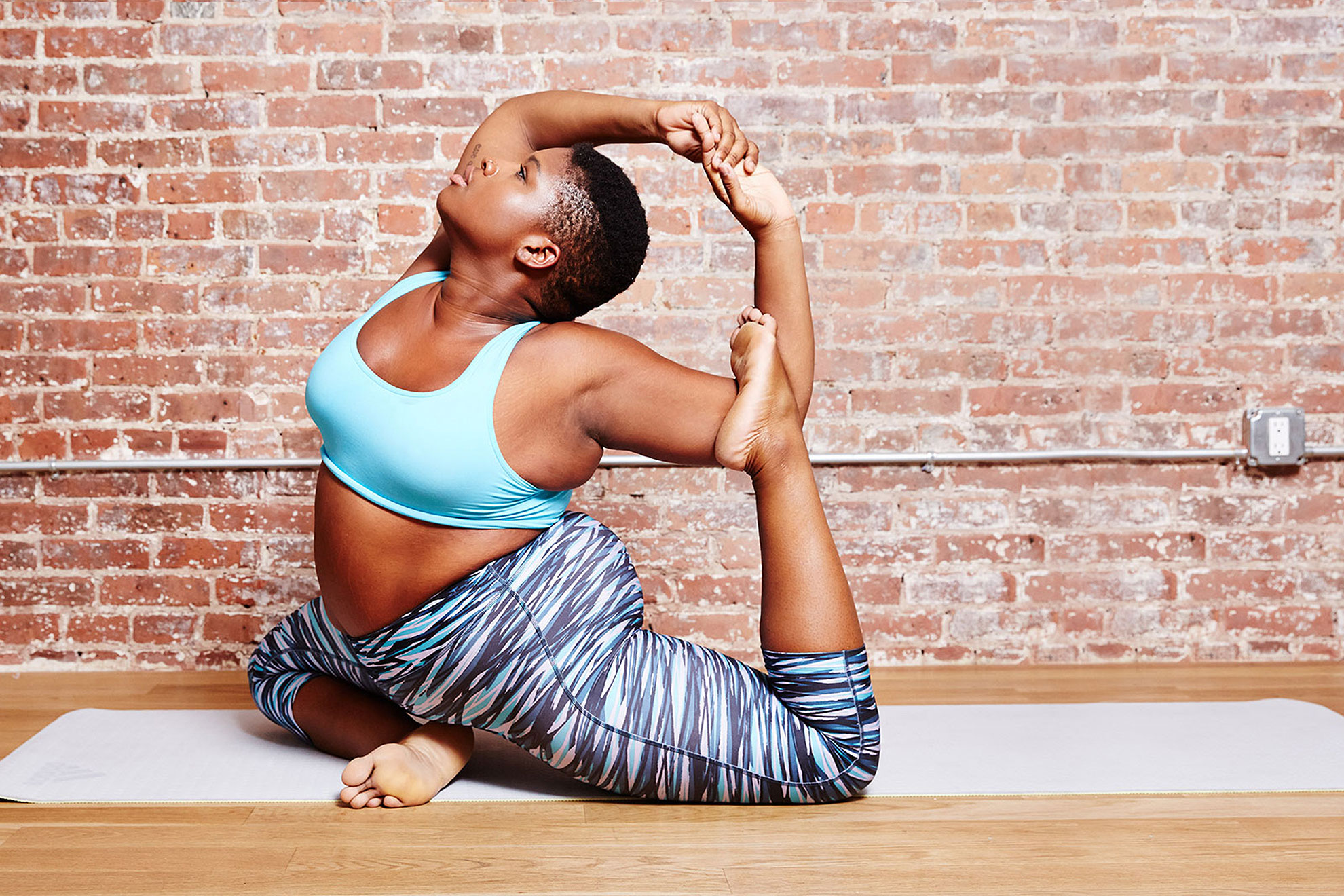 It’s impossible not to immediately warm to yoga teacher, writer & body positive advocate Jessamyn Stanley. Her ability to unapologetically bare all, from her body, to her insecurities and her unfiltered opinions, is as refreshing as it is inspirational. We had a quick chat with Jessamyn (which actually felt like catching up with an old friend) during her recent trip to London to participate in the Hot Yoga Society’s Big Weekender, and were also lucky enough to take part in a fab class taught by the lady herself.

How’s your stay in London been so far?

I’m loving it so much. Everyone here is really, really friendly and coming from the American South where everyone is also very friendly, it feels like that same kind of vibration. This is just a really different city, than any where else I’ve ever been, because there’s so much history here. There’s a lot of history at home [Durham, North Carolina]  too and there’s some cities that have even more than others, but here it’s like this is charting back hundreds and thousands of years. I think that probably the average Londoner is just desensitized to it at this point, but as a person who you know I’m almost 30 years old and I’ve read about this city for years and years and years and coming here for the first time, it’s kind of magical.

Can you tell us a little bit about yourself and your background?

I started practising yoga almost 6 years ago and I started because I was at a point in my life that I noticed a lot of 20 somethings come to but also just everyone in general comes to these points where it’s like,  I’m just really fundamentally unhappy and I don’t know why and I can’t figure out the root of it and it’s dragging down every other part of my life. I was in graduate school and I was studying something that I’d really come to, not dislike but I just saw that my life was in a very different place than when I started studying…

…what were you studying?

I was studying performing arts management, so it’s non-profit arts management and I still love it very very much but I realised that basically everyone that I worked for, the people who had the jobs that I would hope to have one day, they were all miserable. and everyone was just so sad and I was like do I really want to set myself up for this and one of my classmates who turned out to be one of my closest friends suggested Bikram yoga. And I’d actually tried Bikram one time when I was in High School and I hated it. It was one of the worst experiences of my life and I was like , “I’m not doing it, I already did it once, it’s not for me”, she kept pushing it and they had a special at the studio so I was like whatever I’ll go and I loved it.

Everything about it that made it so terrible before, was perfect. Because, what I realised was that I just didn’t have a challenge in my day to day life, I was basically sleep walking through life which is what a lot of people do. You get to this place where you have a job, you have a family, you have responsibilities, you don’t think about your actions any more, you just bounce like a ping pong ball, and it helped pull me out of that cycle. 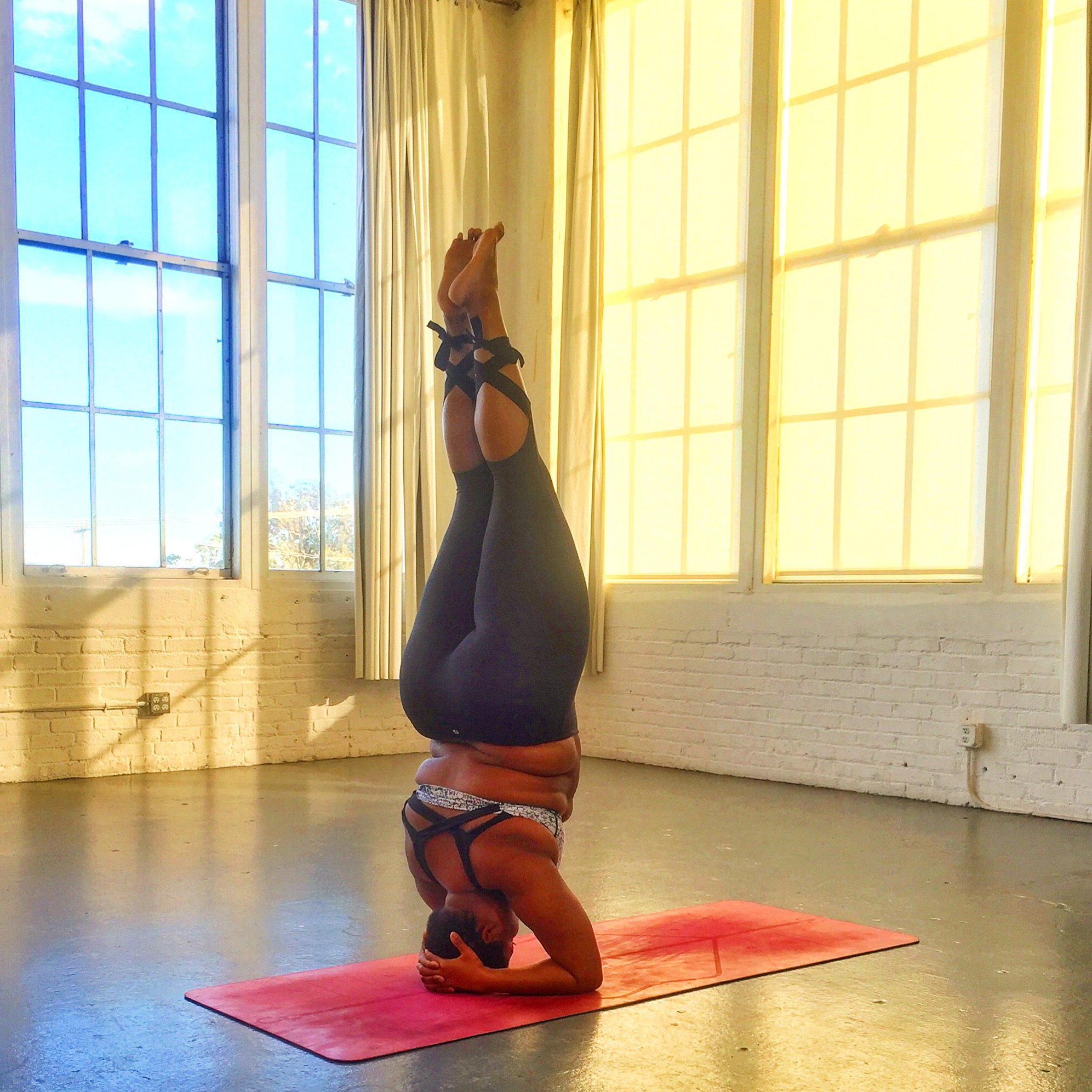 How do you deal with negative comments?

Well, you know what helps, is that my life has not really changed that much. For the vast majority of the time that I’ve been in the public sphere, I was working a job in a restaurant, every single night, that is the humanizing experience…you see there’s nothing else going on in this world besides people just trying to get to and from work.  And so all my friends still live in that world, they all still work in restaurants and hang out at night….and you know keeping myself in that universe is hugely grounding. It would be very overwhelming to share this much of myself with people if I did not know who I really am is held and nurtured by the people who really know me.

….You’re incredibly open. Are you ever fearful to be so honest?

No, because something that I’ve noticed, is that it’s the most important thing that I could do at this point. When I first started posting pictures, I was definitely a lot more apprehensive than I am now. But once I saw how many people just need to see a fat body, especially to see a fat naked body honestly and to see someone who’s not afraid and ashamed of it, it’s inspiring.

And finally what’s the best piece of advice you’ve been given?

Be yourself. No matter what be yourself. It’s so simple. if you can just be who you actually are, you’ll never be upset. 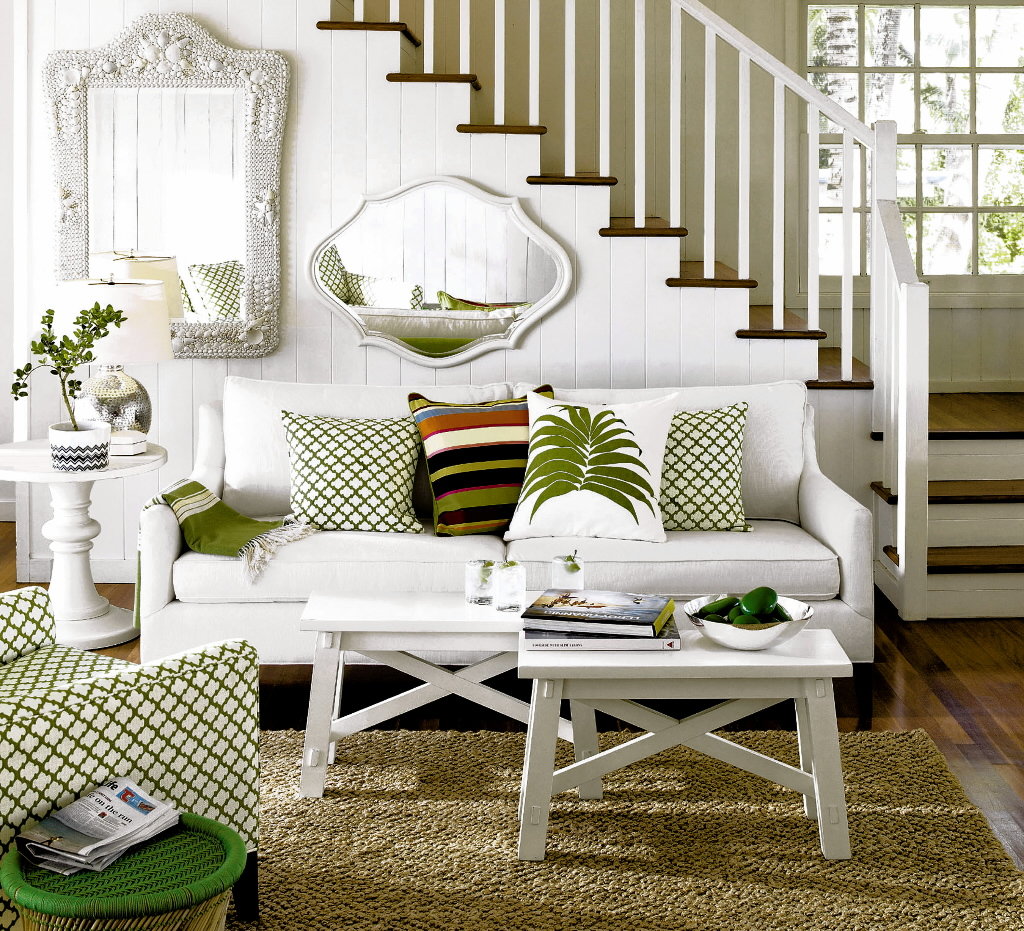 How To Give Your Home That Summer Vibe All Year Round 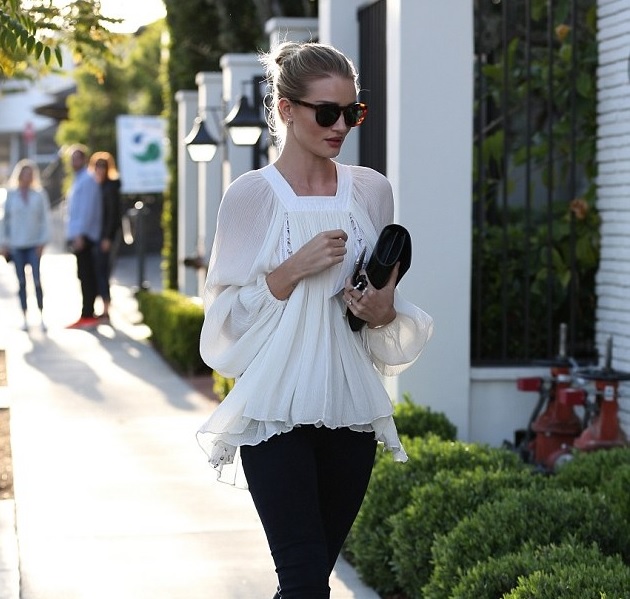 Rosie Huntington-Whiteley Is The Epitome Of Boho-Chic Perfection