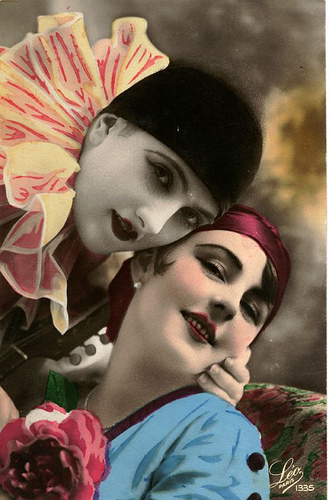 It all began with the SS08 collections. Viktor and Rolf’s characters lit up the Paris SS08 catwalk, once again putting theatrical fashion back in the spotlight. Also interpreted by design house heavyweight Miu Miu in their SS08 collection, the clown was celebrated with harlequin prints and patterns adorning stunning dresses and eye-catching bags and shoes. ‘Clown couture’ was also spotted at Roksanda Illinic, Eley Kishimoto, and Sass and Bide. 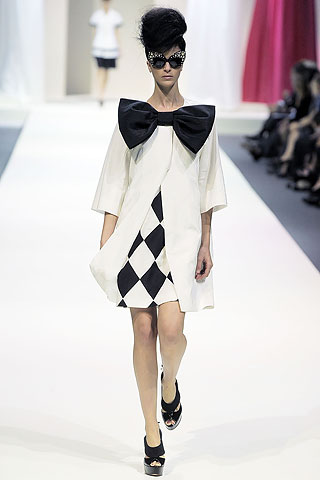 Harlequin Haute Couture for SS09 relies largely on tailoring and detail: exaggerated shoulders, peg leg trousers, balloon sleeves, ruffles, harlequin print, outlandish buttons and collars. How far you choose to take the trend is up to you.

Pugh and Moschino have kept things modern by sticking to monochrome. The dress-up queens of pop Roisin Murphy and Alison Goldfrapp often don clown clobber on stage and off. Witness Roisin’s appearance at the opening of Viktor and Rolf’s Barbican exhibition (below), in a cute pink shift with a quirky clown collar. Follow Roisin’s lead and life need never be dull again, just leave the clown shoes at home… 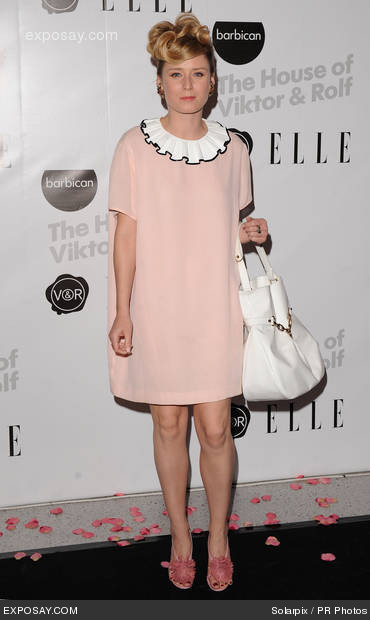