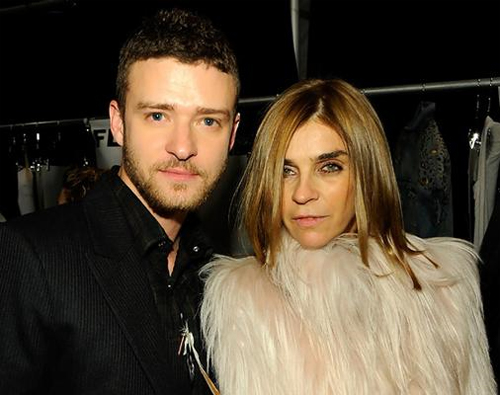 Anna Wintour. Give us Carine Roitfeld any day. If by any chance you’re thinking who? Shame on you! Carine is the oh-so chic editor in chief of Vogue Paris. We saw her front row at William Rast and couldn’t help but fall in a trance of adoration.

Dubbed one of the most influential people by Times Magazine, Carine is a force of style to be reckoned with and thanks to CNN we’ll soon be able to get more of an insight into the French editor. The news channel has been following Carine during fashion week and were spotted filming her last night at the launch of the photographic exhibition , Extreme Beauty in Vogue. Speaking to WWD, she said:

â€œI am being followed round all the shows, and they are doing lots of interviews. But you won’t be seeing me naked.

Tune into CNN later this month to catch the documentary!

Why did the model cry at Jil Sander?