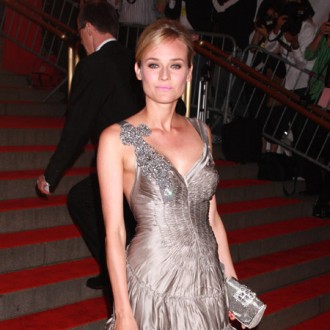 Diane Kruger quit modelling because it was “really boring”.

The ‘Inglourious Basterds’ beauty gave up the fashion industry and tried her hand at acting because she found posing for photographs dull.

She said: “Modelling got really boring. It wasn’t fulfilling for me, coming from ballet. I wanted to do something else, I just felt that this wasn’t my love.”

Diane, who is dating actor Joshua Jackson, admits she has to regularly “push” and “challenge” herself to stop her work life becoming monotonous.

The 32-year-old German actress explained: “You always have to challenge yourself or else you get soft. Right? I do give myself a break in my personal life but I think, in work, if you don’t push yourself you get bored and want to do something else.”
Meanwhile, Diane has revealed her mother Maria-Theresa gave her permission to move to Paris, France, and embark on a modelling career when she was just 15.

Diane added to Britain’s Stella magazine: “My mother wasn’t worried about letting me go. She said that if she got word of anything crazy going on in Paris then I would have to go home. So I was actually really good because I wanted to do this. I loved Paris even though I didn’t speak a word of French.”