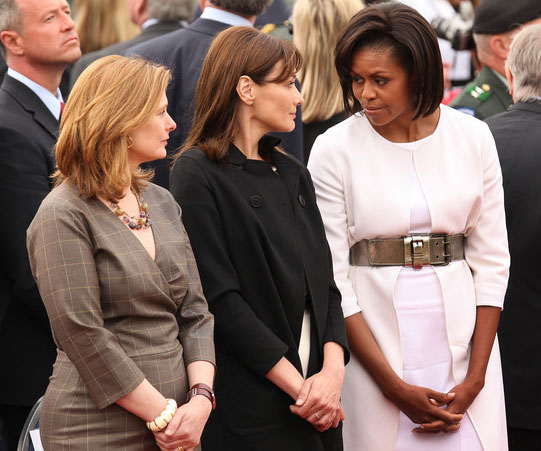 The US First Lady was honoured at the Council of Fashion Designers of America (CFDA) awards in New York last night (15.06.09) and praised the industry in a pre-taped video message.

She said: “Fashion is an American art form with ingenuity and craftsmanship that contribute so much to our economy and culture.”

Noting her “meteoric rise as a fashion icon”, CFDA president Diane Von Furstenberg paid tribute to the wife of President Barack Obama, saying she had a unique look that balances the duality of her lives as an adviser and mother to Sasha, eight and Malia, 10.

The pair beat off stiff competition from Narciso Rodriguez and Marc Jacobs to land the prize, with the latter – accompanied by partner Lorenzo Martone – also missing out to Proenza Scouler for Accessories Designer of the Year.

However, he was honoured with the International Award for his work at Louis Vuitton.

Menswear Designer of the Year was tied, with the prize divided between Italo Zucchelli for Calvin Klein collection and Band of Outsiders’ Scott Sternberg.

Veteran Anna Sui was honoured with the Geoffrey Beene Lifetime Achievement Award, while Ralph Lauren was given the Popular Vote Award.