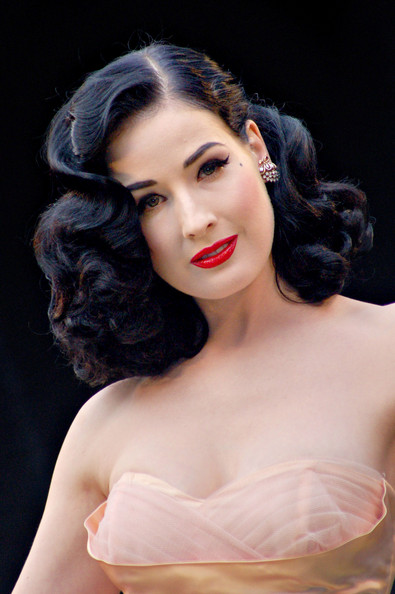 The former Estee Lauder cosmetics consultant, who started her own make-up brand, Poppy, in 1991, says the burlesque dancer and model’s style is not typical of modern-day beauty trends because it is too staged.

She said: “People always say to me, ‘Oh you must love Dita Von Teese,’ but that’s not my idea of how to wear lipstick now. That’s costume and burlesque.”

The Australian businesswoman prefers the minimalistic make-up of US actress Chloe Sevigny, who regularly teams a neutral base with a strong shaded lipstick.

She explained to Britain’s Independent newspaper: “Chloe wears lipstick with strength and power, but not in a threatening 80s way.”

She explained: “Brooks’ look was pure flapper. Her dark pout showed she wanted to be taken seriously, sexually and intellectually. Madonna’s lipstick was sexually arousing but on her own terms.”