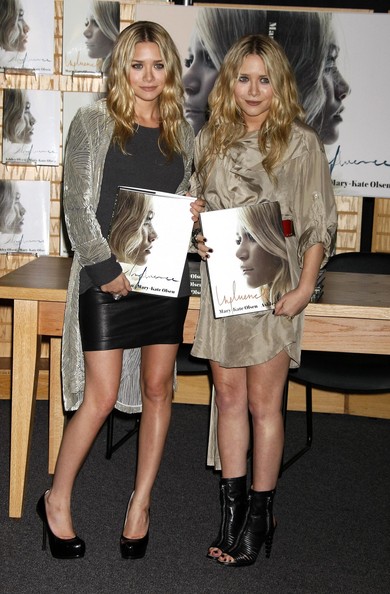 Mary-Kate and Ashley Olsen have been praised by the Council of Fashion Designers of America (CFDA).

The movie-star twins, who run two successful fashion labels, have been admitted to the not-for-profit organisation, which includes over 350 of America’s most renowned clothes and accessories makers, by its president, legendary designer Diane Von Furstenberg.

The beauties have been recognised by the prestigious council for their contribution to the US fashion industry with their mid-range Elizabeth and James collection , named after their younger siblings , and their high-fashion, tailored designs for their The Row range.

Alongside the 23 year old starlets, designers Alexander Wang, Jason Wu and Chris Benz were also welcomed to the council and praised for their design credentials.

Executive Director Steven Kolb said Diane’s decision to welcome them to the group was based on her unique approach to the industry.

He explained to WWD: â€œDiane’s whole approach to fashion and design is inclusiveness.

Last month, the CFDA awards in New York saw Rodarte sisters Kate and Laura Mulleavy named as the Womenswear Designer of the Year.

The siblings were presented with the accolade by actress Diane Kruger, while former Designer of the Year winner Marc Jacobs scooped the best International Designer award.

50 Cent can make your man irresistible