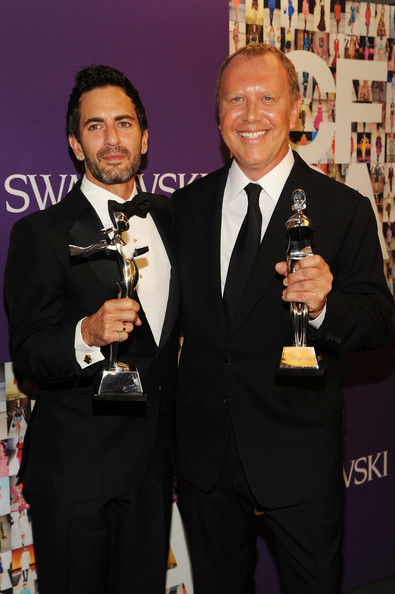 The Lincoln Centre was the place to be last night to witness one huge hotbed of fashion talent as the best names in the industry gathered in New York for one of the hottest tickets on the style calendar – the 2010 CFDA Awards.

The annual ceremony hosted by the Council of Fashion Designers of America is like one big fashion love-in, celebrating the crème de la crème of US designers – and some international ones, too – so let’s get down to the nitty gritty and see who took home what, shall we?

The big award of the night, Womenswear Designer of the Year, went to Marc Jacobs, who beat off stiff competition from the likes of Donna Karan and Alexander Wang – but Wang didn’t go home empty handed.

Special prizes of the evening went to Michael Kors, who received a standing ovation for his Geoffrey Beene Lifetime Achievement Award; legendary model Iman, who won the Fashion Icon Award, much to the delight of her proud husband David Bowie; and of course, the late, great Alexander McQueen, who was posthumously awarded the Board of Directors Special Tribute Award, led by Sarah Jessica Parker.

“I don’t think one brief segment of the evening could really illustrate what he meant to the industry or to the people that worked with him or to his family – so it’s a very hard thing to try to be brief and substantive in a matter of two minutes,” SJP told Vogue UK on the evening. “But I think his work speaks for him more than I could.”

Following her moving tribute, a runway show of McQueen’s entire last collection ensued – a poignant moment, if ever there was one.

Congratulations to one and all from last night’s awards.

Why Iman is the designers' choice