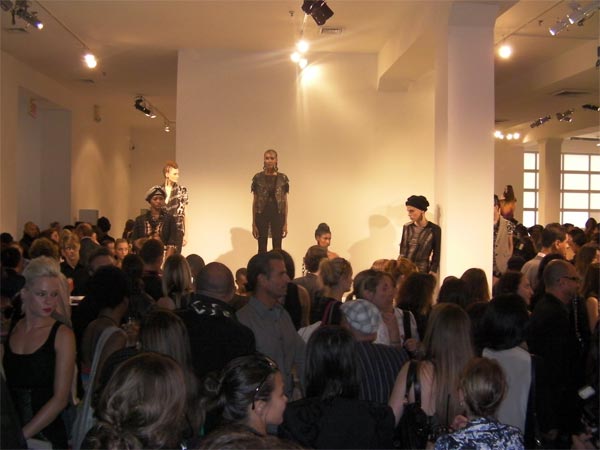 I went to Catherine Malandrino’s presentation today which was held off-site in a gallery all the way on 22nd between 10th and 11th ave. The presentation took place from 1-2pm and when I got there, shortly after 1pm, the line to get in was already snaked around the block!

About 15 minutes later however I was in (unfortunately by that time they were out of line sheets so I couldn’t get the lowdown on the jewelry which was amazing this season). The presentation felt more like a cocktail party with at least as many people chatting and downing bellinis as there were ones actually looking at the outfits on display (and as you can see from the photo above, the place was PACKED!). As per usual Malandrino had a little something for everyone with some fierce black looks, beautifully draped vibrantly colored ones, and plenty of bold embellishments underlining the French designer’s jet-set meets boho-hippie-chic aesthetic.

I also stopped by the MCM New York launch event at Saks which was hosted by Coco Rocha. Joy Gryson — the line’s new designer — was on hand mingling with guests donning one of the new MCM designs. They’re not my personal taste, but Gryson has definitely revamped MCM for the better — mainly she minimized the MCM logo! 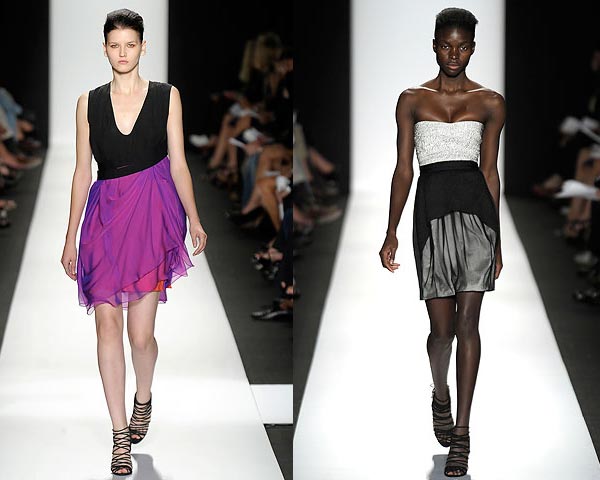 My last stop of the day was the Narciso Rodriguez show. The show was filled with a who’s who of the fashion set — everyone from Anna Wintour, Linda Fargo and Grace Coddington to Isabel and Reuben Toledo and Tory Burch — little surprise especially given that Rodriguez was named the Spring 2010 Mercedes-Benz Presents Designer “for his dedication to quality materials, unique style and innovative design.” The honor was well deserved and the designer’s talents were clearly on display via a slew of crisp silk dresses and exquisitely embroidered looks.