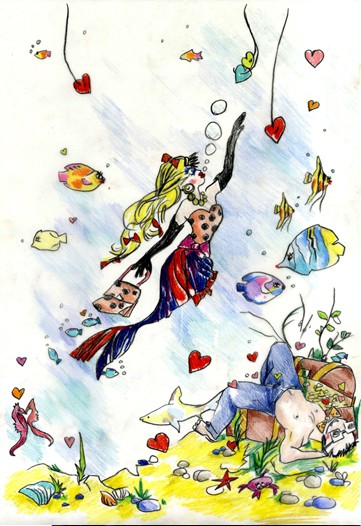 The singer got Elbaz on board, as well as a number of other designers and artists, to illustrate the Mika book, which will be released alongside the his new EP Songs of Sorrow.

Maybe Elbaz didn’t hear what the four-song EP is called , his cute, colourful and kitsch underwater drawing is anything but sad.

According to WWD, other fashion figures who have contributed to Mika’s book include Paul Smith, Manish Arora and Walter Van Beirendonck. We really can’t help but be a little intrigued as to what they will have come up with.

The Mika book will be on sale in Lanvin boutiques in London, Paris, Tokyo and Monaco. We can’t wait to have a peek.