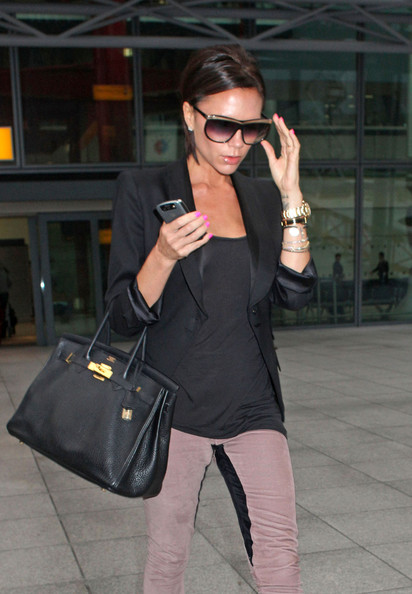 It’s fair to say Victoria Beckham has found her thing with fashion, and rumour has it the style-icon-turned-designer is planning to expand her VB line to include handbags and shoes.

We can’t say we’re surprised, she’s built up quite a collection. Apparently, the decision to design handbags came about after Victoria said she was tired of being a walking advertisement.

â€œVictoria is tired of promoting other brands, a friend told Grazia. â€œIf she wears Christian Louboutin or HermÃ¨s people go and buy it. She thought, ‘Why can’t I do this with my own line?’

It’s a no brainer for the businesswoman, really. Given the success of her VB dress line , which has been seen on the likes of Elle Macpherson, Eva Longoria and Kate Beckinsale , a handbag and shoe collection is sure to be as sought after , and let’s face it, with 100 HermÃ¨s handbags in her wardrobe, Ms. Beckham knows a thing or two about beautiful bags.

No details have been announced yet, so we’ll be listening out very carefully for more updates.