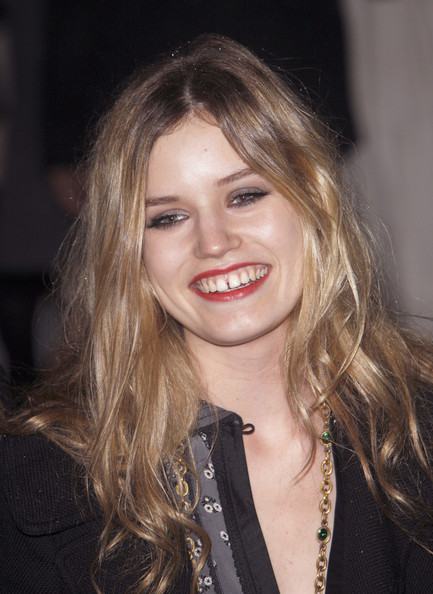 After rumours circulated this week as to whether Georgia May Jagger will model for Versace, it’s just been confirmed that the young model will be the face of the Italian fashion house’s S/S10 campaign.

The 17-year-old daughter of rock legend Mick Jagger and world-renowned model Jerry Hall will replace Gisele Bundchen , who can currently be seen in Versace adverts alongside Paul Sculfor , as the face of the luxury label.

Georgia May, who bears a resounding resemblance to her famous folks, is currently the face of Hudson Jeans and Rimmel London. Modelling for Versace must run in the family , her mum, Jerry Hall, also modelled for the Italian fashion house more than 20 years ago.

â€œWe are delighted that Georgia is following in the footsteps of her mother, who did Versace with Avedon, Georgia’s agent told Grazia this morning saying. â€œShe was thrilled to be working with Donatella and Mario and to be bringing it through to a new generation.

And she’s only 17? We said this girl would be one to watch.