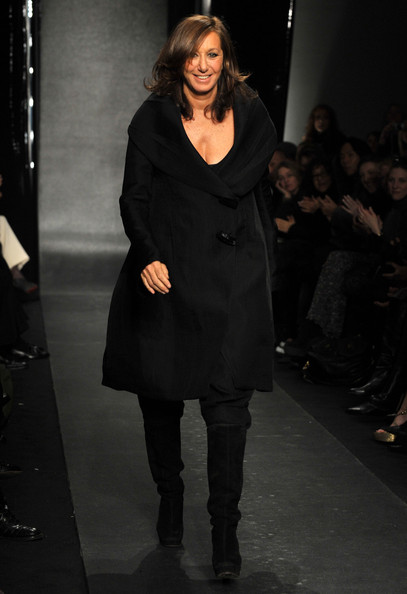 We remember when reporting Donna Karan’s thoughts on the fashion system a while ago that a few of you seemed a little stewed by her words, so this morning, as we caught wind of more, we couldn’t resist sharing the love , or lack, thereof. Not that we’re stirrers, or anything.

Donna Karan, as we know, wants to see a change in fashion; she wants to get rid of the pre-collections, she wants to shop for the season we’re in , heck, she wants a fashion revolution. And to make said changes, she’s developed a strategy , and a stutter, it would seem.

But any shimmer of hope we had as we enter spring is misplaced, because it would appear to Donna that we are, in fact, doomed.

Really reassuring. We have to admit that it actually makes sense, though; being able to buy a bikini, say, in late August without being met by mohair would be quite something, non?