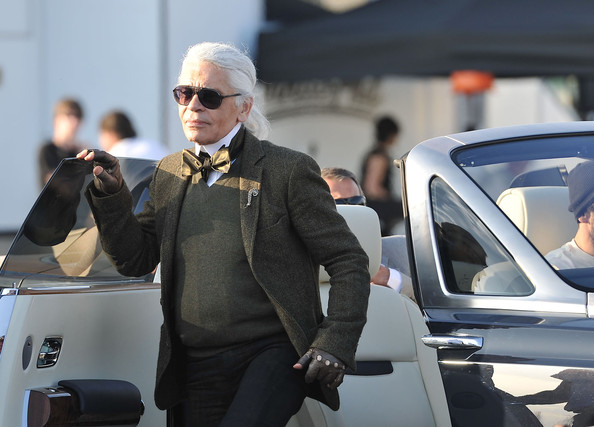 If you’re in New York for this year’s Fashion’s Night Out in September, you may just bump into Karl Lagerfeld. The German designer is set to be honoured by the Couture Council of the Museum at the Fashion Institute of Technology with a Special Visionary Award, and he’ll be in town to make sure everyone knows about it.

He’ll be collecting his award on September 10 at the FIT in New York, and will also attend the organisation’s annual benefit luncheon that very same day alongside Daphne Guinness, Charlotte Moss and Diana Taylor, among others.

“We chose him because he is just an absolutely outstanding designer, one of the greatest of the 20th and 21st century,” Valerie Steele, director of The Museum at FIT, told WWD. “He is not just incredibly respected within the fashion world, but also known to everybody and instantly recognizable.”

It seems Karl will have quite the collection of gold medals come the end of the year – he’ll have received his commander of the French Legion of Honour by then, too.