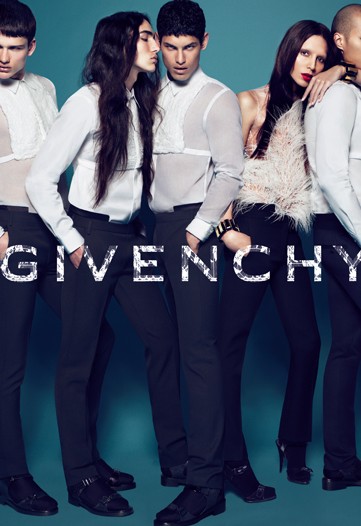 Riccardo Tisci loves a bit of androgony and male-female mix as much as the next Givenchy fan, but he’ll be blurring the lines between gender a little further next season by using a transsexual model in Givenchy’s AW10 ad campaign.

But Lea T – a Brazilian with a bonestructure to die for, formerly known as Leo – isn’t any old transsexual, she’s a long-time friend and personal assistant of the designer and, coincidently, a former fit model for his own line.

And before anyone gets any ideas about this being a publicity stunt, the Givenchy designer insists the inclusion of Lea T typifies the masculine-feminine aesthetic that has become one of his design signatures since his joining the French fashion house five years ago.